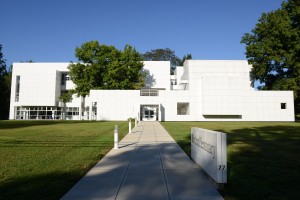 Three new international scholars – two from Turkey and one from the Czech Republic – have arrived on Hartford Seminary’s campus to begin their research projects.

Marek Cejka, of the Czech Republic, is here as a Fulbright Scholar to work on a project titled “Contemporary Views

of Religious Authorities of Orthodox Judaism and Islam in the U.S. on Selected Current Political Issues.” He has a Ph.D., PhDr., JUDr., master’s degree and bachelor’s degree, all from Masaryk University Brno. He will be here until September.

Alim Yaya, who is a preacher at the Department of Religious Affairs in Turkey, is working on
a project called  “The Modern Backgrounds of Bioethics and Islamic Viewpoint.” He has bachelor’s and master’s degrees from Mayıs University and is continuing his studies at Erciyes University. He will be here until September as well.

Yakup Sekmen, chief in the prime minister’s Department of Religious Affairs in Turkey, has a

project titled, “Religious Guidance and Counseling for Family Services (Enterprise Applications, Content and Methods Study).” He has a master’s degree from the Selcuk University Institute of Social Sciences. He will be on campus until October.