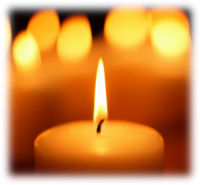 A longtime member of the Hartford Seminary community, Sister Mary Elizabeth Johnson, passed away on Thursday, May 8, not long after her 90th birthday.

ME, as she was known to many, had a Master’s in Religious Studies from the seminary and worked on the administrative staff for many years. The Medical Mission Sister spent 17 years of her career serving hospitals in Pakistan. She and Prof. Miriam Therese Winter, also a Medical Mission Sister, supported each other both professionally and personally for more than 45 years.

A biography on the Medical Mission Sisters website from 2010 tells this story:

“Sister Mary Elizabeth is one of 625 Medical Mission Sisters in 17 nations trying to be present to others in the spirit of Jesus the Healer.

“A native of Minneapolis, Minnesota, Sister Mary Elizabeth graduated from St. Margaret Academy and became a registered nurse at St. Francis Hospital School of Nursing in La Crosse, Wisconsin, before joining our Community in 1946.

“In 1949, Sister Mary Elizabeth began 17 years of ministry in Pakistan. She served at Holy Family Hospitals in Rawalpindi, Karachi, and Dacca, as a nurse, midwife, and administrator. She also was involved in education, setting and correcting the national nursing and midwifery exams.

“Sister Mary Elizabeth reflects, ‘This time of my life is set apart in my heart to remember always with a special glow, and many thanks for those Sisters I worked, played and prayed with, and for the Pakistani people I met, worked with, and helped to better health.’

“In 1966, after the Second Vatican Council, Sister was appointed to a five-member governing body for North American Medical Mission Sisters serving around the world. Two years later, she became administrator at our North American Headquarters in Philadelphia. From 1972 to 1974, she served on our “Ministry Team” that traveled extensively, leading workshops, facilitating prayer and giving concerts.

“Sister Mary Elizabeth then became business administrator for our music and liturgy publications, and also responded twice to the need for emergency relief work along the Cambodian border. She says, ‘We Medical Mission Sisters are called into relationships and areas of ministry that change: widening and narrowing in turn into new endeavors that continue to open our faith life for, and as a part of, God’s people.’

“In 1980, Sister Mary Elizabeth moved to Hartford, Connecticut, assuming administrative duties at the Hartford Seminary Foundation and its Educational Resources Center. She received her Master’s Degree in Religious Studies from Hartford Seminary. She continues to live in Hartford, and helps fill orders and answer permission requests for the use of our music and books.

“Sister Mary Elizabeth, who celebrated her 60th Jubilee in 2009, shares, ‘Mission for me means helping to make Christ present in the world. It is trying to witness Christ the healer in our daily life with others and with ourselves.'”