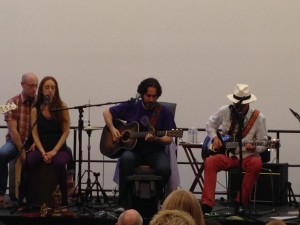 Chant artist David Newman (Durga Das) led a Kirtan event at Hartford Seminary on May 8 that drew a crowd of devoted followers, along with a few newcomers.

The Kirtan is an evening of chanting that includes the audience, though Newman also performed some of his own songs. Singing along with him was his wife Mira, accompanied by four other musicians.

Newman is an educator of Bhakti Yoga – the yoga of love, and so he aligns his music with the yoga tradition of sound as a healing path toward self discovery. His performances have been described as joyous, energetic, and uplifting, and he was all of those on May 8.

Newman has released eight full-length cds, including his latest with Krishna Venkatesh entitled Travel Well (2014), released on White Swan Records. Newman, who has been described as a “dedicated troubadour of chant and sacred song,” has been featured on NPR’s All Things Considered and in The Washington Post and Yoga Journal among many others. 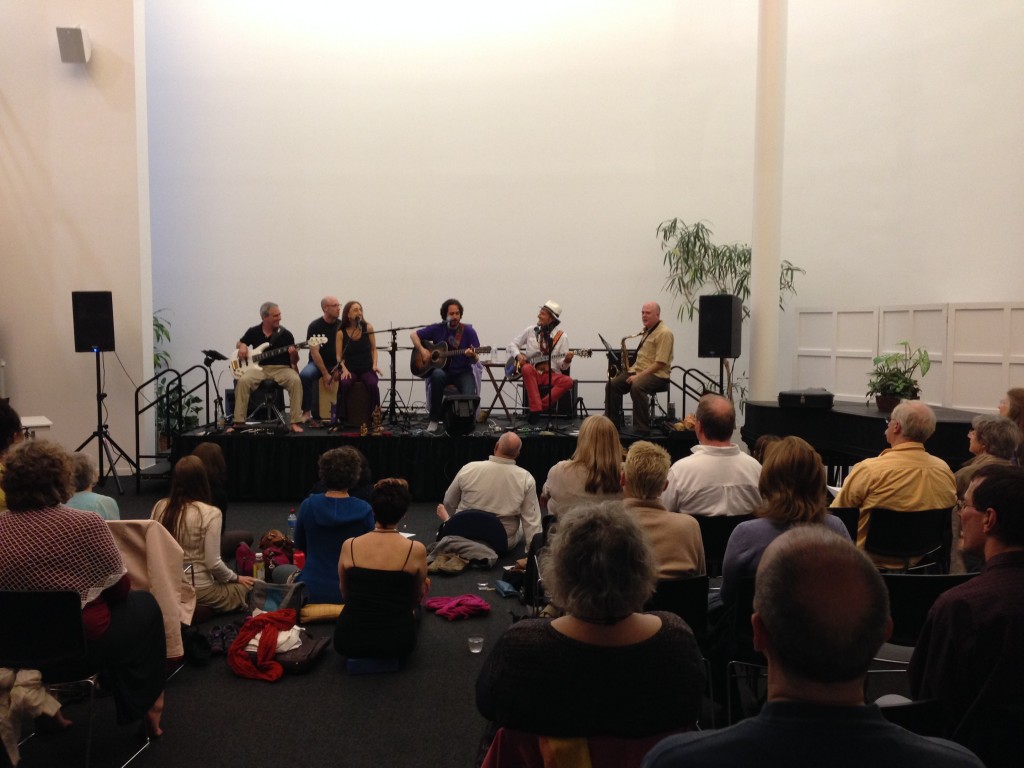