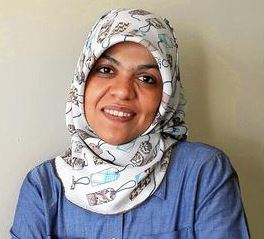 Dr. Ayse K. Coskun is a research scientist at Yale who earned her Master’s degree in Islamic Studies and Christian Muslim Relations from Hartford Seminary in 2011.

She was interviewed recently for a Hartford Courant feature story about the history of religious acceptance in Connecticut as part of the newspaper’s 250th anniversary celebration. The story was published on Sunday, June 29, 2014.

In the interview, Dr. Coskun talks about flying to the United States from Turkey on Sept. 11, 2001, and having to return to Europe because of the terrorist attacks. When she eventually reached the U.S. for a new job in Houston, she realized how important it was to speak out against the terrorist acts and to educate people about her faith.

“Interfaith work became kind of a second job to me,” she told the Courant.

That led to enrolling in a distance learning program at Hartford Seminary, which she completed here after taking a new job at Yale. She called Hartford Seminary “a truly interfaith environment.”