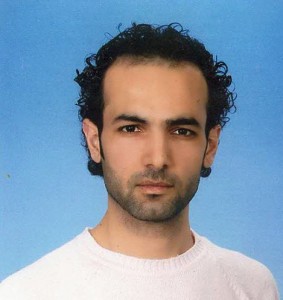 Hartford Seminary welcomes a new research scholar this month. Omer Ali Yildirim is Assistant Professor in Islamic Philosophy at the department of Philosophy and Religious Sciences at Sirnak University Divinity School in Turkey.

While at Hartford Seminary, he plans to focus on a book project, Abu’l-Berakāt al-Bagdādī’s criticisms to Ibn Sina. In his proposal, he explains: “al-Bagdādī, who was born in Mosol around 1077 and lived in Iraq, was known as unique in his time and to some scholars he reached to the level of Artistotle. … His [most famous] book follows the Aristotelian system by classifying chapters as logic, physics and theology, which is well known from Ibn Sina’s. Because of these similarities, some scholars pointed out that al-Bagdādī has imitated or quoted some passages from Ibn Sina’s al-Shifa.”

Dr. Yildirim said he will examine al-Bagdādī’s book, which had an important effect on Islamic intellectual history, and compare his passages and expressions to those in Ibn Sina’s books, as well as examing al-Bagdādī’s criticisms of Ibn Sina.

Dr. Yildirim, who speaks Turkish, English, Arabic and Persian, said he wanted to do his post-doctorate research at Hartford Seminary to study with Profs. Yahya Michot, Mahmoud Ayoub and Timur Yuskaev. He’s also looking forward to having access to the Seminary’s library.