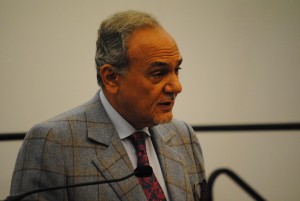 On Friday, November 7, the Seminary community welcomed His Royal Highness Prince Turki al-Faisal of the Kingdom of Saudi Arabia to campus.

Prince Turki is a member of the Saudi royal family and has served in a variety of diplomatic and governmental positions.  From 1977 to 2001, he served as the Director General of the General Intelligence Directorate, the Kingdom’s main foreign intelligence service.  In 2002, he was appointed Ambassador to the United Kingdom and Republic of Ireland, and in 2005 became the Saudi Ambassador to the United States, serving until 2007.

It was, however, his role as the Chairman of the King Faisal Center for Research and Islamic Studies in Riyadh which drew Prince Turki to Hartford Seminary.  Established in 1983, the Center aims at supporting and 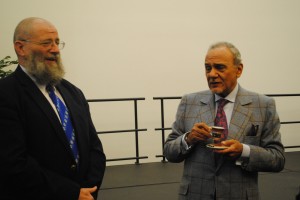 developing research and studies that expand knowledge on topics such as Islamic studies, politics, sociology and heritage, and the dissemination of information on those topics through lectures, workshops and exhibitions.  The relationship of Islam to other world religions is also a focus of the Center, and so the potential for cooperation and partnership between the King Faisal Center and Hartford Seminary is a natural one.  During his visit, Prince Turki met with President Heidi Hadsell, Board Chair Van McMurtry, and other faculty and senior leadership, and extended an invitation for Seninary representatives to visit Saudi Arabia in 2015 to pursue this potential partnership.

His Highness also delivered a lecture on “The Challenge of ISIS” to a large audience comprised of Seminary students, faculty and Trustees, as well as local Saudi university students.  Prince Turki spoke of our shared responsibility in addressing the threat presented by groups like ISIS, which he referred to as “Fahesh,” an Arabic word meaning “the worst of the worst.”  “We must ensure that the next generation lives in a world where terrorism holds no glamour or appeal: by investing in education, in preaching religion with moderate words, and economic growth, we can strengthen the minds of youth and give them the tools to speak for themselves. Only then will the environment be inhospitable for the parasite of terror, and only then will we truly defeat Fahesh and prevent groups like it from surfacing.” 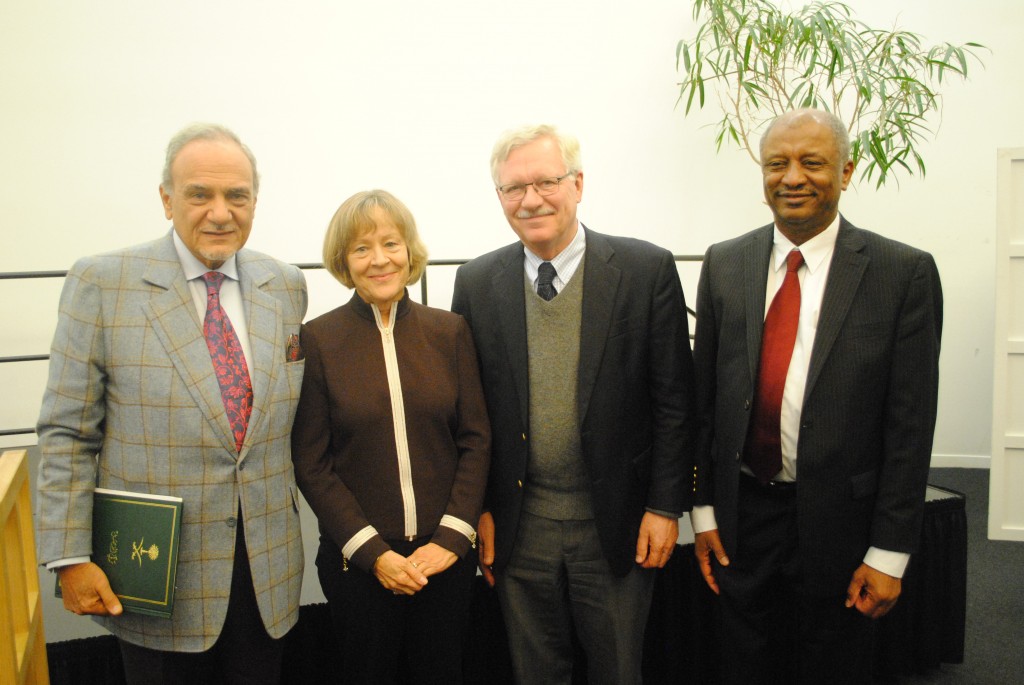