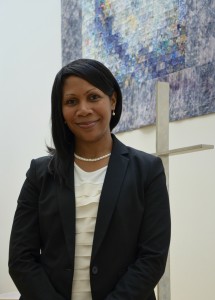 Prof. Shanell T. Smith wrote “Gatekeepers of Redemption: Conservative Evangelicals on the Death Penalty (1 Corinthians 9:16-23)” for the Feb. 2, 2015, Odyssey Networks blog “On Scripture – The Bible” In it, Prof. Smith discusses a shift in thinking on the death penalty among some conservative and evangelical Christians. “Cost, imperfections, and the loss of innocent lives: these three factors have compelled some conservatives and evangelicals to change their minds and go against the death penalty,” she writes.

Prof. Scott Thumma was quoted in a Jan. 30, 2015, Washington Post story on the Rev. Joshua Harris, a pastor without formal education who announced that he was leaving the nondenominational church he has run for years in Gaithersburg, Md., to go to seminary. The article also looks at the trend of nondenominational evangelical churches, which now make up about 10 percent of U.S. churches. “One of the significant problems is that it’s left to the church or the individual pastor or leadership board to in essence police themselves or create relational ties. That is a real challenge,” Prof. Thumma said. “In the long run, . . . there will be so many excesses that the pendulum will swing back the other way.”