New York, NY— Jawad Bayat and Jaye Starr Boz, students at Hartford Seminary, are two of 12 seminary and divinity school students chosen by FASPE (Fellowships at Auschwitz for the Study of Professional Ethics) to participate in a two-week program for future clergy that will take place this summer in New York, Germany, and Poland.

Now in its sixth year of operation, FASPE is a unique international program that explores the history of the Holocaust as a way to engage graduate students across five different fields (business, journalism, law, medicine, and religion) in an intensive study of contemporary ethics in their discipline. FASPE is predicated upon the power of place, and in particular, the first-hand experience of visiting Auschwitz and traveling in Germany and Poland, where Fellows study the past and consider how to apply the lessons of history to the current ethical challenges they will confront in their own professions.

Professionals in the pre-War World II era in Germany were known and respected internationally. Yet, leaders (and practitioners) in each of the professions, and often the institutions they represented, played a fundamental role in designing, enabling and/or executing the crimes of Nazi Germany.

Run under the auspices of the Museum of Jewish Heritage—A Living Memorial to the Holocaust in New York, FASPE examines what role professionals in business, journalism, law, medicine, and the clergy played in Nazi Germany and underscores that the moral codes governing these essential professions can break down or be distorted with devastating consequences. “By educating students about the causes of the Holocaust and the power of their chosen professions, FASPE seeks to instill a sense of professional responsibility for the ethical and moral choices that the Fellows will make in their careers and in their professional relationships,” said C. David Goldman, founder of FASPE.

Over the course of 12 days, Fellows will participate in seminars run by leading scholars who serve as FASPE faculty, and attend lectures with a range of guest speakers. The program integrates historical, cultural, philosophical and literary sources; survivor testimony; and workshops in Berlin, Auschwitz and Krakow.

The 2015 FASPE Seminary program will be led by Rabbi James Ponet, the Howard M. Holtzmann Jewish Chaplain at Yale University, and Father Kevin Spicer, the James J. Kenneally Distinguished Professor of History at Stonehill College and author of several publications on the role of Christian clergy in Nazi Germany.

A student at the Hartford Seminary’s Islamic Chaplaincy Program, Mr. Bayat has served as the Muslim chaplain at Fairfield University and as the Islamic Coordinator for the Chautauqua Institution’s Abrahamic Program 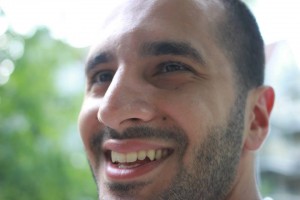 for Young Adults. FASPE, said Mr. Bayat, is “an opportunity for me, as a chaplain, to develop a deep understanding and awareness of the ethical challenges that I may face in my profession, and to become better prepared to address such realities.” A first generation American whose family fled to the United States from Afghanistan, Mr. Bayat has been engaged with interreligious dialogue for some time and is currently completing the clinical pastoral education program at Overlook Medical Center in Summit, New Jersey. “I hope that the knowledge and experiences I will gain through FASPE not only will help to shed light on what has been felt and experienced by me and my family, but will become a wellspring for me to draw from to help consistently remind me about the professional responsibilities I will always carry with me,” said Mr. Bayat. 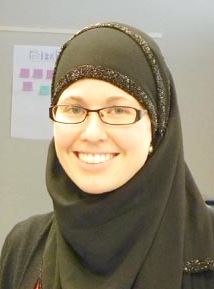 A master’s student in Islamic studies and Christian-Muslim relations at Hartford Seminary, Ms. Starr is also studying to become a Muslim chaplain. She applied to FASPE, she said, “because I want to be a more effective interfaith peace builder.” Ms. Starr, who received a bachelor’s degree in technical theater and theatrical design from Smith College, said her interest in chaplaincy resulted from her work with communities affected by armed conflict and natural disasters. Originally from upstate New York, Ms. Starr currently resides in Ann Arbor, Michigan.

Mr. Bayat and Ms. Starr will join a group of 62 FASPE Fellows who represent a broad range of religious, ethnic and racial backgrounds, and who were chosen through a competitive process that drew nearly 1,000 applicants from around the world. FASPE covers all expenses, including transatlantic and European travel, food, and lodging. Over the past five years, FASPE has worked with close to 250 students using curricula designed in partnership with faculty from Yale Medical School, Yale Law School, Columbia School of Journalism, and Georgetown University.

FASPE Seminary Fellows, along with the Medical Fellows will attend orientation at the Museum of Jewish Heritage—A Living Memorial to the Holocaust on June 14 and then travel to Europe. The orientation includes visiting the Museum’s exhibits, meeting with Holocaust­ survivors, and working with FASPE staff and guest scholars. The first leg of the European trip is in Berlin, where Fellows have the opportunity to study the city’s historical and cultural sites. Educational workshops will take place at the House of the Wannsee Conference, the site where representatives of German State and Nazi Party agencies convened in 1942 to draw up plans for the Nazis’ “Final Solution.”

The Fellows then travel to Oświęcim, Poland, the town the Germans called Auschwitz, where they will work with the distinguished educational staff at the Auschwitz-Birkenau State Museum. Sessions devoted to contemporary ethics take place in seminar rooms at Auschwitz and at Jagiellonian University in Krakow, one of Europe’s oldest and most prestigious universities. The final leg of the trip will be held in Krakow, Poland, where Fellows will explore the city’s rich Jewish, Catholic, and Polish history.

Upon return, each Fellow will submit a final essay focused on a contemporary ethical issue chosen by the Fellow. Select essays will be published in the annual FASPE Journal, which includes essays from Fellows across all disciplines.

“FASPE is committed to a long-term relationship with the Fellows in order to sustain the ideas raised during the Fellowships. FASPE fosters an active network of alumni Fellows and provides forums for continuing dialogue among the Fellows as they move forward in their careers,” said Dr. Thorin Tritter, Managing Director of FASPE. “An annual Alumni Reunion and Symposium is held each year where Fellows from the most recent Program present papers and all gather to discuss the impact of their fellowship experiences and current ethical issues.

FASPE works under the auspices of the Museum of Jewish Heritage—A Living Memorial to the Holocaust and in cooperation with Jagiellonian University, Krakow; the Haus der Wannsee-Konferenz, Berlin; and the Auschwitz-Birkenau State Museum, Oświęcim, Poland. To view a video about FASPE, visit www.FASPE.info.  The topics the 2015 FASPE Fellows will study can be found on individual program pages that include more details about the Business, Journalism, Law, Medical, and Seminary programs.

Lead support for FASPE is provided by C. David Goldman, Frederick and Margaret Marino, and the Eder Family Foundation. FASPE is also supported by the Conference on Jewish Material Claims Against Germany, and other generous donors.

The Museum’s exhibitions educate people of all ages and backgrounds about the rich tapestry of Jewish life over the past century—before, during, and after the Holocaust. Current special exhibitions include Hava Nagila: A Song for the People, on view through April 22, Discovery and Recovery: Preserving Iraqi Jewish Heritage, on view through May 18, and Against the Odds: American Jews & the Rescue of Europe’s Refugees, 1933-1941, on view through fall 2014. It is also home to the award-winning Keeping History Center, an interactive visitor experience, and Andy Goldsworthy’s memorial Garden of Stones. The Museum offers visitors a vibrant public program schedule in its Edmond J. Safra Hall and receives general operating support from the New York City Department of Cultural Affairs.