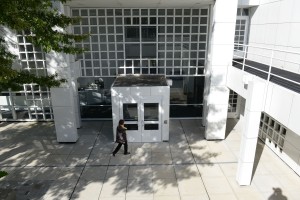 The Executive Committee of the Board of Trustees of Hartford Seminary has watched with dismay the rising tide of violence being done around the world in the name of religion.  Of especially grave concern to us is the violence directed against members of religious communities by assailants thought to adhere to other faiths.

As Muslims, Jews and Christians who have joined together in friendship and respect at Hartford Seminary, we deplore this violence.  The killing of Christian students in Kenya, the murder of young Muslim newlyweds and the bride’s sister at a university in North Carolina, and the gunning down of shoppers at a Jewish market in Paris are but a few of many recent incidents that have come to our attention.  We declare that such atrocities are totally contrary to the ideals of our Abrahamic faiths.  The surge of anti-Christian terrorism in Africa, growing Islamophobia in America and the resurgence of anti-Semitism across Europe must be condemned by all people of faith.

As an institution, Hartford Seminary is committed to celebrating our religious commonalities as we explore our diversity in an open and safe environment.  So as individuals, we unite with one another in rejecting the very idea that religion ever should be used to excuse these evils.  The “slaughtering of the innocent” is not a part of any of our faith convictions.  The faith of those who perpetrate such evil is nihilism, as much a turning away from the God whom we worship as it is a turning away from humanity itself.  We assert that love and peace are at the heart of Islam, Judaism and Christianity.  These are the lessons taught by the Prince of Peace in the New Testament, the Mosaic challenge of becoming “a lover of peace and a pursuer of peace” in the Torah, and the will of Allah as expressed in the Quran.

In the fervent hope that all such violence will end one day, we come together in prayer for the victims and their families.