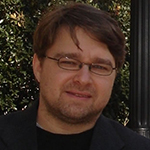 WNPR’s “Where We Live” discussed the question “What is terrorism?” on the April 6, 2015, show, and featured, among other panelists, Prof. Timur Yuskaev.

Prof. Yuskaev joined Vesna Markovic, Assistant Professor and Assistant Dean at the University of New Haven’s Henry C. Lee College of Criminal Justice and Forensic Science, and Laura Beth Nielsen, Professor of Sociology and Director of the Center for Legal Studies at Northwestern University. Led by host John Dankosky, the three discussed whether or not there was a common understanding or definition of terrorism, and also how that understanding has changed over time.

The topic was prompted by the recent Germanwings plane crash, which was not generally considered an act of terrorism, but the speakers also touched upon the 9/11 attacks, the Boston bombings, the Charlie Hebdo attacks, and the Al-Shabab attacks at a university in Kenya, among others.

Listen to the entire broadcast at this link beginning around 15:00 mark.