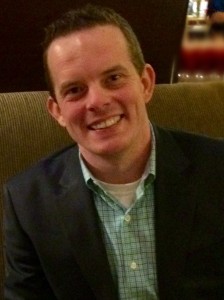 Sam is from Indianapolis, IN. He has considerable experience in development, most recently with the Presbyterian Church (USA), where he served for seven years as  National Director of Special Offerings and Direct Response Marketing.

“Sam brings not only experience, but creativity and energy and a great spirit  to this important work,” President Hadsell said.

Before his job with the Presbyterian Church, Sam spent a year as a consultant for Blackbaud, Inc. Prior to that, he was a Development Associate at The Roeper School in Bloomfield Hills, MI. He also has political experience, serving as President of the City of Lawrence (IN) Redevelopment Commission in 2012-13 and exploring a run for Congress in 2010-2011.