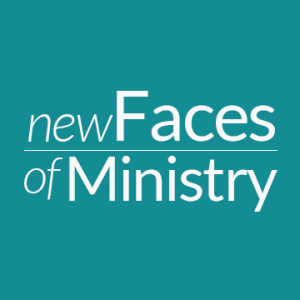 The word “ministry” evokes certain imagery – perhaps a pastor leading a congregation or feeding the homeless, maybe a mission trip overseas. It’s not often associated with youth, innovation or entrepreneurship.

As representatives of the New Faces of Ministry Tour, Hartford Seminary students Allie Taylor and Gilbert Victor (GV) Basbas are among the people working to change that. 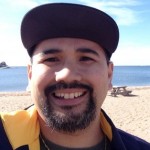 New Faces of Ministry, based out of Chicago’s McCormick Theological Seminary, strives to promote theological education and service through students at some of the country’s leading seminaries. The tour sends representatives to various camps, congregations, and youth corps to lead discussions and presentations about the changing faces of leadership in the church. Representatives also share their stories of ministry and answer questions that young people may have about leadership and ministry in the church, addressing what the organization calls “an image problem.”

“Many young adults do not consider attending or pursuing ministry because they do not see it as effective or relevant,” the organization states in its handbook. 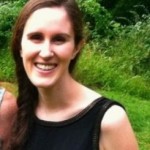 Allie, a native of Naugatuck, CT, is beginning her second year in Hartford Seminary’s Cooperative Master of Divinity program. Until just a few years ago, Allie was one of those young adults. “Someone suggested seminary to me and I thought, ‘Why would I do that?’” she says. “I was afraid of a lack of job security and unsure whether a theological education could lead to paths other than preaching.”  She also says she was absorbed in so many of the stereotypes of theological education that the New Faces of Ministry Tour is seeking to challenge.  Stereotypes like ‘ministry is boring’, ‘only for a certain demographic’, etc.

“Christianity isn’t just a religion, it’s a lifestyle,” Allie says. “And not only does the church have a lot to offer young people, it needs them – along with all of their ideas, energy and passions – in order to grow.” 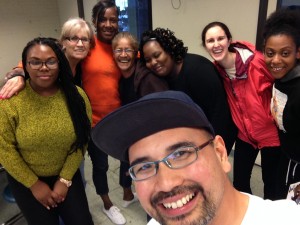 Allie and GV, who comes to Hartford Seminary from the Philippines and graduated from the University of California, Berkeley, opened their local version of the New Faces of Ministry Tour at the Charities of Hope in Wethersfield in June. The two led a lunch discussion over pizza with a group of young women who shared their own testimonies about the impact various ministries had on their lives. Allie and GV answered questions and uncertainties the group had about theological education.  They were also able to assist Charities of Hope in community service hours, sorting through clothing donations and helping to move furniture.

Representatives of the New Faces of Ministry Tour are all students from the Center for Faith and Service’s “Seminaries That Change the World” program. As part of the training, Allie and GV attended a retreat in Princeton, N.J., where they met students from across the country.

“The program leaders showed a number of emotional videos on recognizing differences and the subtle power of being in ministry,” GV says. “They really wanted to drive home the message of ministry and service.”

It was also encouraging for the two Hartford Seminary representatives to hear about the offerings of other institutions in regards to ministry in social and environmental justice, prison reform, working across cultures and races, food equality and more.

Allie and GV were able to bring up a valuable component of the program that may have been overlooked – the need for interfaith dialogue. “The interfaith component of the program needs attention, and this was a point we identified at the training,” GV says. “The program appreciated our insight and stated that an interfaith approach would be imperative. We also thought it would be a potentially very fruitful effort if we could connect with the Muslim social outreach projects already in progress at Hartford Seminary.”

Being Hartford Seminary students, Allie and GV are always thinking about how to explore differences and deepen faith. Allie has put together an interfaith talk at Fairfield University on October 22 titled “Interfaith Engagement; What’s to Fear?” Along with Hartford Seminary professors Yehezkel Landau and Najib Awad, the panel will discuss how we rise above negativity and build bridges between our faith communities.

By challenging stereotypes and encouraging young people, GV and Allie are helping to change the face of ministry.