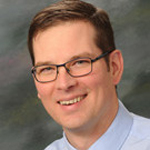 Brian Clark was named the Director of Online Learning and Faculty Associate in World Christianity. Brian will continue to build Hartford Seminary’s online course offerings as well as oversee IT affairs for the institution, along with teaching courses. Brian is engaged with both the study of religion and the use of technology in education. After earning a BA in English from Amherst College, he studied the History of Christianity at Harvard Divinity School and earned a PhD in Religion from Boston University. This August he also finished an MEd in Instructional Technology Design from UMass Boston.

He became interested in both interreligious dialogue and online education after teaching online for Hartford Seminary as an adjunct professor. That experience led him to study Instructional Technology Design at UMass Boston. He served as an Instructional Designer at the University of Hartford, then gained experience in both interreligious dialogue and instructional technology while serving as Director of Instructional Design at two Modern Orthodox schools, Hebrew High School of New England and Sigel Hebrew Academy. Brian lives in Windsor with his wife Amy and their twin twelve-year-olds.

Phoebe Milliken is the new International Peacemaking Program (IPP) Coordinator starting this semester. The IPP has been expanded in 2015 to seven students and Phoebe will be assisting in their course and community engagement. Phoebe’s background is in experiential education and peacebuilding. She spent approximately four years living in Southern Africa, studying in South Africa and Zimbabwe, working for a literacy program in Zimbabwe, and then directing Augsburg College’s study abroad program in Namibia. From 2009-2015, she was Program Manager for Plowshares Institute, a small NGO in Connecticut that taught conflict transformation skills internationally and led travel seminars to the Global South. During that time she gained an interest in and appreciation for the many sorts of skills that contribute to building peace. Phoebe holds a master’s degree in International Education from George Washington University. She lives in Canton with her husband and two lively children.