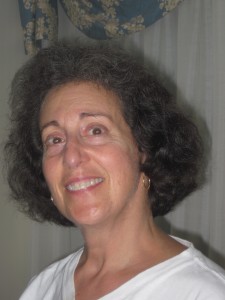 After a 30-year career as a lawyer, Anne Rapkin was a little burned out and stressed, but also feeling that she needed a new challenge. That new challenge turned out to be chaplaincy.

As she was doing her clinical pastoral education at John Dempsey Hospital, she learned about the Building Abrahamic Partnerships (BAP) class at Hartford Seminary and decided to try it. In that class, Prof. Yehezkel Landau recruits an equal number of Jewish, Christian and Muslim participants. In one intensive eight-day period, the class examines the tenets and practices of all three faiths, conducts visits to a mosque, synagogue and church, and works on skills needed for interfaith partnerships.

“I was so intrigued and moved by [BAP] that I decided [Hartford Seminary] was the place for me,” Anne said. She applied and was accepted for the MA in Religious Studies with a focus in Scriptural Studies, and she’s on track to graduate in 2016.

As a chaplain at the Hebrew Home and Hospital in West Hartford, Anne works with geriatric and disabled patients about half of whom are Jewish. The other patients comes from a variety of faiths or no particular faith.

“The education I’ve been getting in faiths other than my own have been invaluable on the job,” she said. “I’m working with people who are processing what aging means, facing increasing lack of control over their lives and bodies, working on unfinished business” with relatives and others.

“Sometimes someone just needs a little companionship. Sometimes someone needs to talk about their relationship with God. Sometimes they want someone to pray with,” she said. On a typical work day, she will “see at least one person who is in the end stage of life, and I will often see the family of that person.”

If the person is Jewish, Anne said she draws on a wide variety of traditions from her own faith, but her Seminary training has given her lots of other options as well. She has become familiar with different kinds of scripture that illuminate the dying process.

“The Seminary is not a place to major in Judaic Studies, although there is wonderful coursework there,” she said. “But if a Jewish person is interested in an education that spans three religious faiths, Hartford Seminary is the place to go. I have just grown and changed enormously there.”

The experience of taking courses, for example, on the Qu’ran and the New Testament has “enriched my Judaism tremendously,” she said.