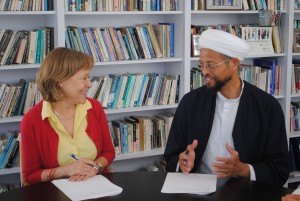 Patience was one of the main themes in an Eid Al-Adha sermon delivered at Hartford Seminary by Imam Zaid Shakir, an influential Islamic scholar and one of the founders of Zaytuna College in Berkeley, CA.

Imam Shakir led prayers on the Muslim holy day honoring the prophet Ibrahim’s willingness to sacrifice his son and the end of the Hajj, the annual pilgrimage to Mecca. He then focused his sermon on Ibrahim, also known as Abraham, who is a spiritual father to Muslims, Christians and Jews.

Imam Shakir also talked about patience as a virtue to which we need to pay special attention.

“Patience is one of the ways we come to know God,” he said. “It requires transforming our very nature. It’s not something that happens overnight.”

Imam Shakir spoke further about the Hajj and its message of seeking a deeper understanding of our relationship to God.

He also mentioned the Pope and his encyclical concerning the environment as a reminder that, “especially at Hartford Seminary, we’re all in this together.”

After the sermon, Imam Shakir and Hartford Seminary President Heidi Hadsell signed a memorandum of understanding. Also participating in the signing were Academic Dean Uriah Kim and Prof. Feryal Salem, who co-directs the Seminary’s Islamic Chaplaincy Program and was recently appointed to Zaytuna College’s Board of Trustees.

The full video of Imam Shakir’s sermon can be viewed here: 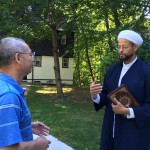 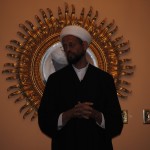 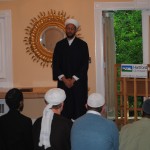 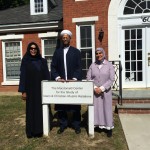 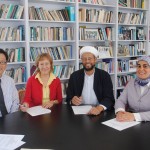 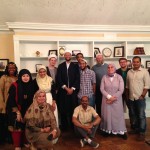