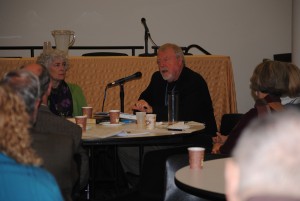 David Roozen has been in the business of studying congregations in the United States for 40-plus years, and for all that time, he said, he has been looking for a pause or a slowdown in the decline of old line (once main line) denominations.

Unfortunately, he hasn’t found it. But the recently retired Hartford Seminary professor told a gathering of sociologists at The Changing Religious Landscape Conference on Nov. 14, 2015, that the challenge is now in finding ways to help surviving congregations adapt to a new reality.

“What do we really know about what facilitates vitality?” he said. “The willingness and openness to change.”

Dr. Roozen, who worked at Hartford Seminary for 41 years, will continue many of his research projects, including work on the most recent survey of U.S. congregations by Faith Communities Today (FACT). The Changing Religious Landscape Conference was an opportunity to honor Dr. Roozen’s body of work, as well as to present some of the most recent findings in the 2015 FACT survey.

Kristina Lizardy-Hajbi, a researcher for the United Church of Christ, described some of the shifts detected in the 2015 FACT survey as it relates to UCC churches.

In a panel discussing the future of American religion, speakers discussed the growing “deinstitutionalization” of many religious faiths. Speaker Barry Kosmin, Director of the Institute for the Study of Secularism in Society and Culture and Research Professor in the Public Policy & Law Program at Trinity College, said there has been a hollowing of the center in religious thinking among many faiths, including Judaism. Religious indifference and religious piety both grew, as the mainstream norm of regular worship attendance declines.

“Seekers of social justice largely seek it outside of organized religion,” he said.

A persistent gender gap also exists, with more women identifying themselves as spiritual and more men as secular.

Videos of two of the panels are available here and on YouTube. 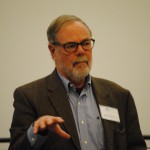 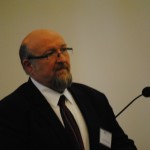 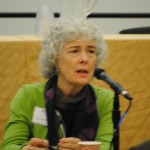 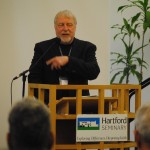 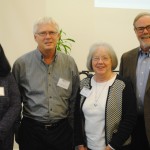 Past and present researchers for the United Church of Christ 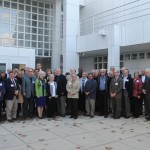 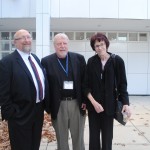 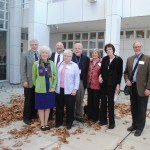 Past and present HIRR researchers 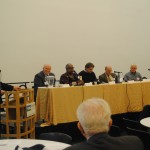 The panel on America’s religious future