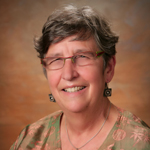 Prof. Donna Schaper is attending the “Conference of the Parties” (COP21) in Paris, which involves delegates from 192 countries working toward a new international agreement on climate change.

Her daily blogs are being posted on the Religion Dispatches website at this link.

In her first blog, she writes: “We will probably save the rich and not the poor, the centers but not the peripheries, the north and not the south. The Pope is a wild card here. Hopefully, he is enough of an outsider to get us inside. He had 3,380,000 hits on his speech to the insiders at the UN. He suggested what’s obvious to the outsiders: let us not commit global suicide.”

And she summarizes the talks this way:

“This will be the 21st COP since the United Nations Framework Convention on Climate Change (UNFCCC) was adopted at the Rio de Janeiro Earth Summit in 1992, acknowledging the existence of anthropogenic (human-induced) climate change a major threat to a sustainable planet.

“The Kyoto Protocol, which commits industrialized countries to internationally binding emission reduction targets, was the first climate treaty to emerge from this process. It was passed at COP3 in December 1997 at Kyoto, Japan and came into force in February 2005 when a sufficient number of developed countries signed the agreement; the United States did not, hampering negotiations for the next decade.

“A successor agreement, involving all countries and with stronger provisions, is long overdue. A growing number of governments, NGOs and climate activists are committed to making COP21 the occasion for this to happen.”