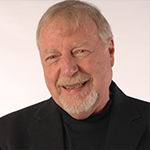 Prof. Feryal Salem and Hartford Seminary Trustee Reza Mansoor were both featured in the Hartford Courant article “Middletown-Area Coalition At Front Of State’s Refugee Resettlement Efforts.” The article ran on the front page of the Sunday, Jan. 31, paper and talked about both the refugee efforts and an initiative that Hartford Seminary co-sponsors called “Honest Conversations with Muslim Neighbors.”

WCPO in Cincinatti did a story based on the Faith Communities Today survey called “Church Pews Are Looking Emptier, U.S. Survey Shows.”

Articles continue to be written based on information gleaned from the fact-packed 2015 Faith Communities Today report on American congregations. The Huffington Post notes “The Amazon Effect: Worshipers Flocking to Larger Churches” based on the finding that larger congregations reported growth while smaller congregations had declines. The full report can be found on the Faith Communities Today website. Christianity Today and the Gospel Herald Society also cited the report in a story about “America’s most Bible-Minded Cities.”

Dr. David Roozen‘s Faith Communities Today report summarizing the results of a 2015 survey of American congregations continues to make the news. The Colorado Springs Gazette quoted the report in this article, “Conflict and burnout among top reasons pastors quit” which also ran in Sojourners magazine with the headline “Why Do Pastors Quit? New Survey Provides Answers.” Another part of the report was featured in this article in the Baptist News, “Increasingly, Churches Are Unwilling to Adapt, New Survey Indicates.”

Prof. Scott Thumma was interviewed on Houston Public Media News on Thursday, Jan. 7, 2016, for a story they called “Texas is Home to the Most Megachurches.” The interview discussed the latest findings from the Hartford Institute for Religion Research.