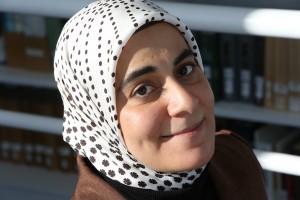 “What is a caliphate?” That question began host John Dankosky’s latest interview with Prof. Feryal Salem, who educated listeners on that term and others during the WNPR radio show “Where We Live” on Feb. 12, 2016.

Prof. Salem said the term “caliphate” refers to a monarchy or kingdom, which does not equate to a “theocracy.” The term “caliphate” has been appropriated by the Islamic State, she said, “to legitimize their way of thinking” and their “gross misinterpretation of Islam.”

Prof. Salem referred listeners to the Marrakesh Declaration that a large group of Muslim scholars gathered to discuss in January. The declaration confirms the rights of religious minorities in Muslim-majority countries based on the tradition of religious tolerance established by the Prophet Muhammad.

Listen to the entire interview at this WNPR link.