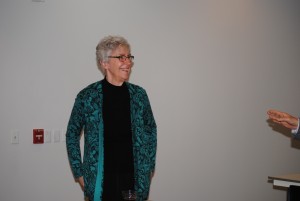 Dr. Zikmund visited the campus for the day participating in the Faculty/Staff Community Hour, Chapel and even took in some of the Doctor of Ministry courses being taught on campus. Dr. Zikmund also reconnected with colleagues who have been on staff since she was President and met new faces leading the institution today. The HartSem community also enjoyed a light reception for Dr. Zikmund in the afternoon, sharing stories of her decade-long tenure with the school.

Dr. Zikmund was elated to meet with many of the students of various degree programs and she spoke fondly of her time here. She was most proud of her work in Christian-Muslim relations, ensuring that Muslims who attended Hartford Seminary were being taught appropriately. “We didn’t want our students being taught Islam by a bunch of Christian men, so one of the first things I did was bring in two Muslim scholars to teach Muslim courses, and that made all the difference,” she recalled.

Currently, BBZ, as she is known by colleagues and friends, resides in Michigan. Dr. Zikmund attends a conference in Boston each quarter and had long been anticipating a visit to Hartford Seminary when on the East Coast. 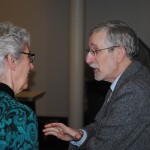 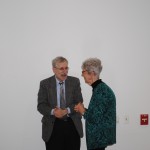 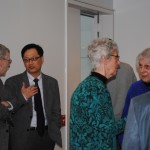 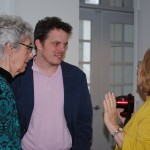 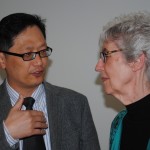 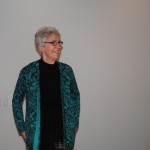