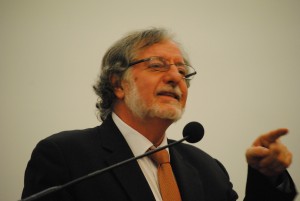 Dr. Jose Casanova, who heads Georgetown University’s Berkley Center Program on Globalization, Religion and the Secular and is known worldwide for his scholarship on the sociology of religion, told his Hartford Seminary audience on March 29 that this talk would be the first time he had spoken in a public setting about his Roman Catholic faith.

Dr. Casanova was invited by Hartford Seminary President Heidi Hadsell to give the biennial Rion Lecture, which asks an accomplished layperson to reflect on how his or her faith influences their work. The event is named in honor of Dr. Michael Rion, who was the first lay president of Hartford Seminary.

For most people, Dr. Casanova said, faith is either the driving force in their work, for example, ministers or those in pastoral care, or it isn’t relevant to their work at all.

“In my case, they are mixed in a way I have never reflected upon.”

That stems from his earliest memories growing up in a small village in Spain, where his mother was a devout Catholic. His mother, he said, was not highly educated but wanted her children to be “very catholic, very universal.” She encouraged him and his siblings to learn as much as they could about the wider world.

His studies led him to the University of Innsbruck and eventually to The New School in New York City. There he realized that the European understanding of religion — that the more modern a society, the more secular it would become — did not hold true in the United States.

“I come to America and I find religion everywhere,” he said. “American religion is a product of American modernity.”

In reflecting on his career as someone who is less interested in sociology as a science than as “an attempt to understand ourselves,” he said he has realized that “my whole analytical framework came out of Catholic consciousness.”

The important part, he said, is to recognize that framework and that “the story of humanity cannot be written from one point of view.”

The entire lecture can be viewed here. 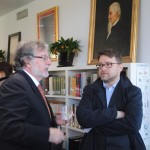 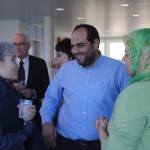 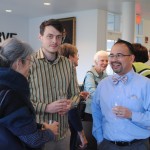 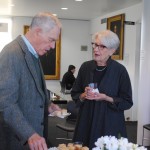 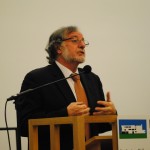 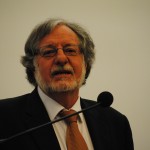