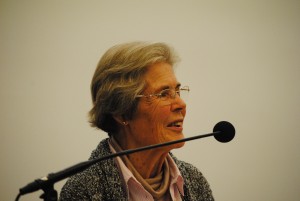 As a member of South Africa’s Truth and Reconciliation Commission, Mary Burton witnessed the testimony of both victims and oppressors as the divided country lurched toward an understanding of “the huge cost of apartheid.”

Speaking to a rapt Hartford Seminary audience on April 12, 2016,  Ms. Burton recounted the commission’s early days in 1996 when the first public sessions were held.

“We heard terrible and very moving stories,” she said. “People who came forward were amazingly brave.”

The commission, headed by Archbishop Desmond Tutu, considered 22,000 stories before formulating its recommendations in a plan that remains controversial in South Africa to this day.

One of the most controversial aspects of the commission’s process, Ms. Burton said, was the legislative agreement that amnesty would be offered to perpetrators who met certain criteria. When the years-long process ended, about 2,000 people were granted amnesty.

Lawsuits and other roadblocks complicated the commission’s work, and Ms. Burton acknowledged the frustration of victims who had to wait for any compensation from the government while those granted amnesty received immediate relief.

“The victims became more and more disillusioned,” she said, as the government decided to grant lower amounts of compensation than the commission had recommended.

Today, Ms. Burton said, South Africa remains divided, with the majority black population “still stuck in poverty.” Progress has been made in areas of government and education, but the country still has many scars and a long way to go.

Ms. Burton has written a book about the Black Sash, an anti-apartheid organization she joined after moving to South Africa with her husband. She was the president of the Black Sash, a group of white mostly middle-class women, from 1986 to 1990.

The video of Ms. Burton’s talk can be viewed here. 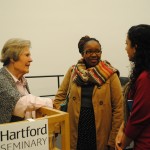 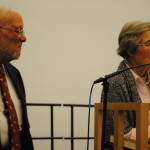 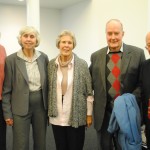 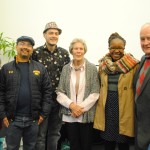 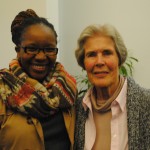 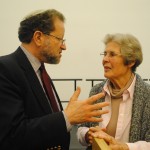