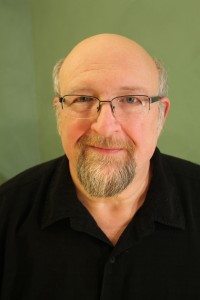 The latest report from the Hartford Institute for Religion Research directed by Prof. Scott Thumma formed the core of this opinion piece in Baptist News Global called “Tapping Into Vitality with Congregational Residencies.” Key findings from the institute include:

• 79% to 41%: comparison of megachurches to all other churches on the question, do you strongly agree that your congregation has a clear sense of mission and purpose?
• 62% are multisite, with an average of 3.5 locations
• Five worship services each weekend
• 91% to 39%: growth rate over the last five years of younger megachurches compared to older ones
• 45%: churches where the style of worship varies considerably between services. Most growth is contemporary and high-tech, with traditional worship steadily to rapidly declining (Organ music declining in five years from 28% to 18%, choirs from 43% to 35%).
• 1,200: median seating of main sanctuary (down from 1,500 five years ago)
• 30% host an online campus
• 79% say small groups are central to their strategy of Christian nurture and spiritual formation
• 57%: Communion is always or often part of worship (up from 51% five years ago)
• 74% have an internship, residency or mentoring program.

President Heidi Hadsell gave the Keynote Address at the Council for World Mission Assembly in South Korea on June 19th. The Council for World Mission is a worldwide partnership of Christian churches. The 31 member organizations are committed to sharing their resources of people, skills and insights globally to carry out God’s mission locally. CWM was created in 1977 and incorporates the London Missionary Society, the Commonwealth Missionary Society and the (English) Presbyterian Board of Missions. Dr. Hadsell then traveled to the Global Ethics Forum in Geneva to moderate the Handover Ceremony of the President and Executive Director and lead a Teaching & Research Lab on Publications Ethics in higher education June 21-23.

During the two first Saturday afternoons of Ramadan, Prof. Yahya Michot and some Turkish students met at the Yeni Valide mosque of Üsküdar (1710). Sitting in the shade of the courtyard colonade, they spent hours reading and discussing Arabic texts of the Muslim theologian and mufti Ibn Taymiyya (d. 1328). This coming week, Prof. Michot is due to come back from his sabbatical leave in Istanbul to the Seminary.

Prof. Lucinda Mosher will be in residence in Port-au-Prince, Haiti, from June 18-28, to teach an intensive course on Ecumenism and Interfaith Relations as part of the Master of Theology program of the Séminaire de Théologie d’Église Épiscopale d’Haïti.

Prof. Scott Thumma was interviewed by the Religion News Service for a June 7, 2016, story about the decline of Southern Baptist membership and increases in the Assemblies of God. “Hartford Seminary sociologist of religion Scott Thumma said changes in denominational totals are driven by such factors as birthrate, retention of children as they reach adulthood, and immigration. He said the Assemblies of God are benefiting from immigration — particularly from Central and South America as well as Africa — much more than the Southern Baptist Convention.” Read the full story here.