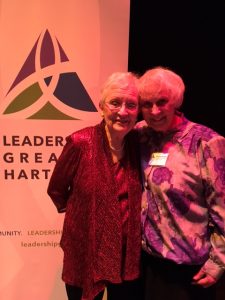 Former Hartford Seminary Dean Worth Loomis was one of three people who received the 2016 Polaris Award from Leadership Greater Hartford at an event on Tuesday, Nov. 15, at the Bushnell Center for the Performing Arts.

Worth Loomis, longtime President of Dexter Corporation, a paper manufacturer based in Windsor Locks, was one of the original “Bishops” of Hartford who came up with the idea for Leadership Greater Hartford in the 1970s. The organization was built to “lower the barriers of race, age, education and economics in ways that would convince all residents of Greater Hartford that they lived in a fair and just community.”

After retiring from Dexter, Worth became president of Rensselaer at Hartford, then known as the Hartford Graduate Center. In 1994, he joined the faculty at Hartford Seminary and became dean in 199. He was deeply committed to its interfaith mission.

Worth’s wife, Louise Loomis, accepted the award on his behalf and poses in this picture, left, with Prof. Miriam Therese Winter, who counts Worth and Lou Loomis as close friends.

In her remarks, she focused on her husband’s time at Hartford Seminary, describing his efforts to keep a corporate roundtable focused on attending to the community as well as to stockholders. 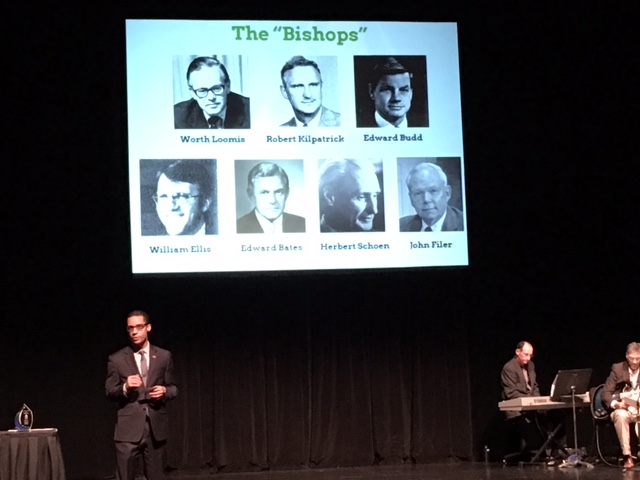