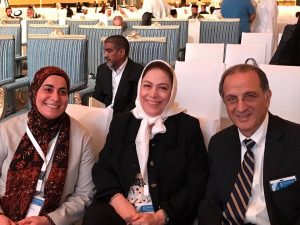 Prof. Feryal Salem (at left in photo) was among the 400 faith leaders, academics and dignitaries from around the world at the Promoting Peace in Muslim Societies Forum in Abu Dhabi this week.

This was the third annual gathering of Muslim leaders aimed at discussing issues that pertain to Muslims worldwide and, by extension, the global community. This year’s conference sought to address the highly problematic claims recently made by some extremists regarding the role of Islam in the nation state system through evaluating scriptural evidence and historical precedent.

Commitment to religious pluralism and diversity both within the Muslim community and with individuals of various faith backgrounds was a unifying theme of the conference. Muslim leaders from across the spectrum of religious practice, denominational difference, and geographic regions came together to affirm this commitment.

The same organizers/trustees of this Forum drafted the Marrakech Declaration one year ago under the leadership of Abdullah bin Bayyah. The declaration is a call by Muslim leaders from across the world to renew their pledge to protect the rights of religious minorities living in Muslim-majority communities.

A special session was held to assess the impact of this unified declaration one year later. The Special Envoy for the Promotion of Freedom of Religion Outside of the E.U., Jan Figel, and Archbishop Emeritus of Washington, Cardinal Theodore McCarrick, were among the panelists addressing the many positive outcomes and the recommendations for further expansion of the Marrakech Declaration. It was pointed out that Muslims and Christians roughly make up half of the world’s population and that Muslims and Christians owe it to each other and the global community to coexist peacefully. The U.N. Secretary-General Special Adviser for the Prevention of Genocide, Adama Dieng, also gave a timely speech on the significance of the Marrakech Declaration and the importance of religious pluralism for world peace.

Photos below by Sohail Nakhooda. 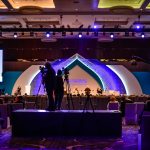 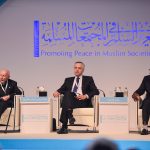 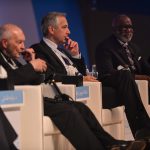 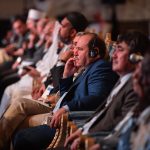 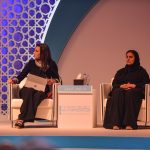 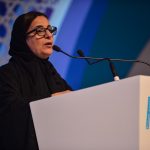 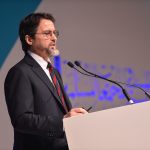 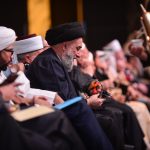 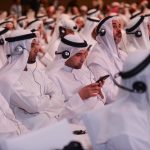