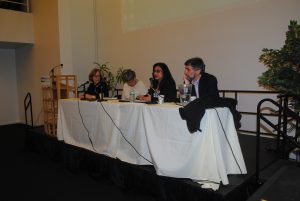 An audience of faculty, staff, students, clergy and community members joined a “Teach-In” on Monday afternoon to learn about the concept of sanctuary, the history of immigration, the New Sanctuary movement, and the legal definitions that apply to immigration.

The Teach-In began with the announcement by President Heidi Hadsell that Hartford Seminary has declared itself a “Sanctuary Seminary” by a vote of the Board of Trustees.

The designation leans on the sense of “sanctuary” as a religious term and a concept that many religions, including the three Abrahamic faiths, share, she said.

Rabbi Herbert Brockman gave a brief history of immigration in the United States, which did not involve federal law until 1917. Before then, he said, local communities decided who was acceptable to them as an immigrant. In 1924, quotas became an accepted practice, which stirred up legal and moral arguments about immigration.

The question at the time became “Who were we as a nation?” Rabbi Brockman said, a struggle that continues and has special relevance today.

In religious terms, he said, the Abrahamic faiths all implore their adherents to welcome the “dwellers among you” who may not be part of the tribe.

“It’s part of the theology of our traditions,” he said. “We are responsible for those who live among us.”

Immigration attorney Najia Khalid said that while immigration can be a very emotional issue, it’s important to understand the legal terms that define it as well as the complex web of agencies that are involved in monitoring and enforcing immigration law.

Immigration status is “a discretionary benefit given to someone who goes through a process,” she said. But sometimes the various agencies that get involved in any individual’s immigration status aren’t on the same page or even contradict each other.

While there is no quick fix to the complexity and contradictions of the system, she encouraged those in the audience to advocate for more consistent and clearer laws.

The Rev. Donna Schaper, senior minister at Judson Memorial Church in New York City and a professor in Hartford Seminary’s Doctor of Ministry program, spoke about the New Sanctuary movement and how it has tried to address the plight of those facing deportation.

The New Sanctuary movement started about 11 years ago in response to the tightening of immigration laws after 9/11, she said. It was decided that the movement would provide moral, legal, financial and maybe physical sanctuary, while also trying to change the laws.

The effort to change laws has thus far been unsuccessful, but Judson and other churches have made an impact by “adopting” families that need help with legal and financial issues, as well as accompanying those who are asked to “check in” with Immigration and Customs Enforcement (ICE).

“Declaring ourselves a sanctuary is a good thing to do,” she said. “You have to take a stand.”

President Hadsell pointed out that Hartford Seminary is among higher education institutions nationwide that are seeing a drop in international applications because of the present climate. That drop has been put at 40 percent, which has led many colleges and universities to challenge the law. 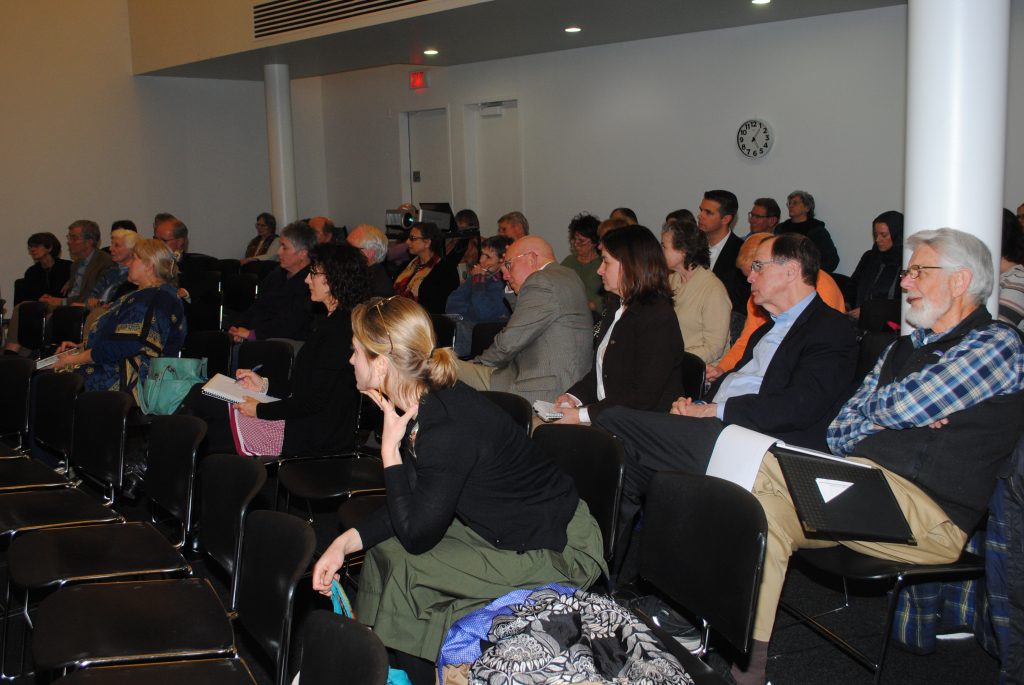