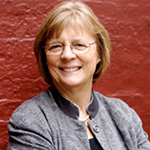 A record of the 2015 Building Bridges Seminar for leading Christian and Muslim scholars, this collection of essays explores the nature of divine and human agency through themes of creation’s goal, humankind’s dignity and task, and notions of sovereignty. Part I sets the context for the book with “Human Action within Divine Creation: A Muslim Perspective” by Mohsen Kadivar of Duke University and “On the Possibility of Holy Living: A Christian Perspective” by Lucy Gardner of Oxford University. The rest of the book includes paired essays — one from a Muslim perspective, one from a Christian perspective —that introduce scriptural material with commentary to aid readers in conducting dialogical study.

An earlier book in the series, Sin, Forgiveness, and Reconciliation: Christian and Muslim Perspectives, recently received an award in the category of ecumenism or interfaith relations from the Catholic Press Association of the U.S. and Canada.

In other news, Dr. Mosher has been appointed as book editor for Interreligious Studies for The Anglican Theological Review, the unofficial journal of the seminaries of the Episcopal Church in the United States and the Anglican Church of Canada.