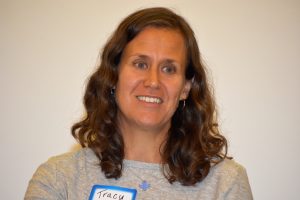 The Rev. Dr. Tracy Mehr-Muska, who is a chaplain at Wesleyan University in Middletown, CT, read and observed that millennials could sometimes struggle with resiliency.

She decided to study and address that phenomenon with a Doctor of Ministry project that focused on building resilience for college students through retreats. The retreats aimed to develop some of the characteristics of resilient people, which she called the 6 Ps: People, Positivity, Purpose, Pliability, Problem Solving, and Piety. (Later, she would add a 7th P, Perserverance).

The outcome of a weekend held in 2016 confirmed a 21 percent increase in self-reported resilience as students began to recognize all the resources (both interior and exterior) they had to help them when something went wrong.

Since graduating in May 2017, the Rev. Dr. Mehr-Muska has been asked to speak at a number of venues on the topic of building resilience, and she will hold a second retreat at Wesleyan this fall.

Hartford Seminary’s Doctor of Ministry program appealed to the Rev. Dr. Mehr-Muska because so many of the faith leaders she respected had gone through it, but she was surprised by how much the program changed her approach to chaplaincy. What was mostly “trial and error” is now based in research and goal-setting. “It has helped everything I do.”

The D.Min., she said, lives up to a statement by one of its faculty members, the Rev. Dr. Donna Schaper: “This program will open doors for you that you didn’t know you wanted open.”