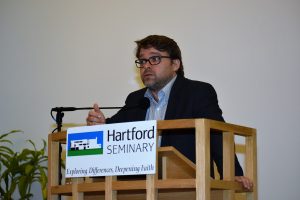 In an Oct. 25 talk to introduce his new book Speaking Qur’an: An American Scripture, Professor Timur Yuskaev said he chose his subject matter, in part, to “get away from the usual way of writing about American Muslims.”

That meant avoiding basic, introductory material and delving into the complex topic of how the Qur’an resonates in an American context.

“I do not argue whether or not the Qur’an is an American scripture,” he said. “To me, it is common sense.”

A video of the entire lecture can be viewed here: 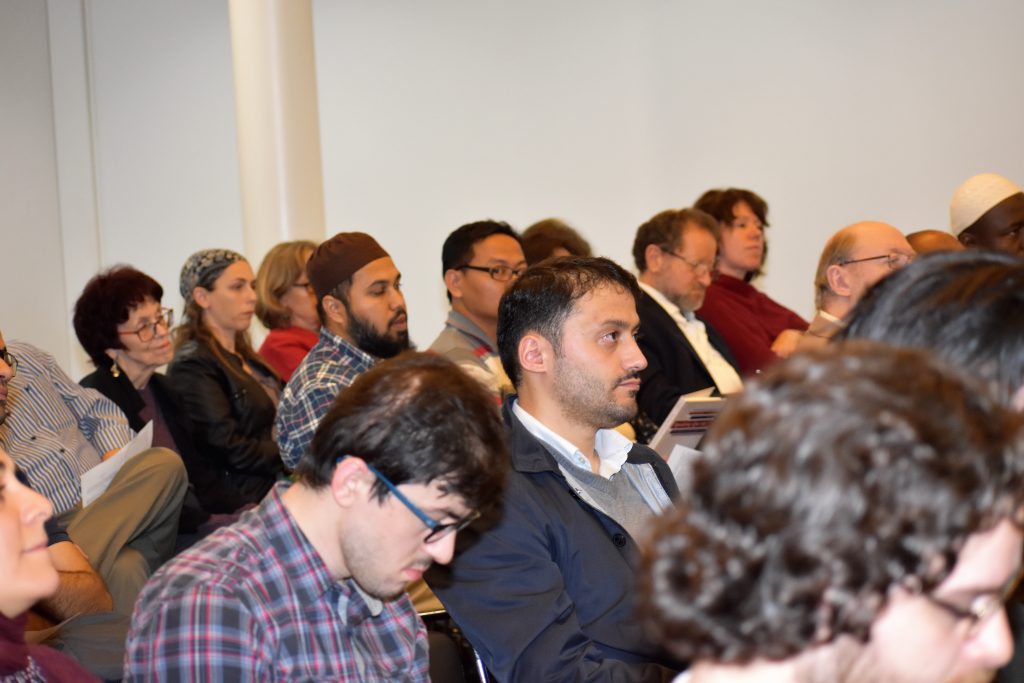 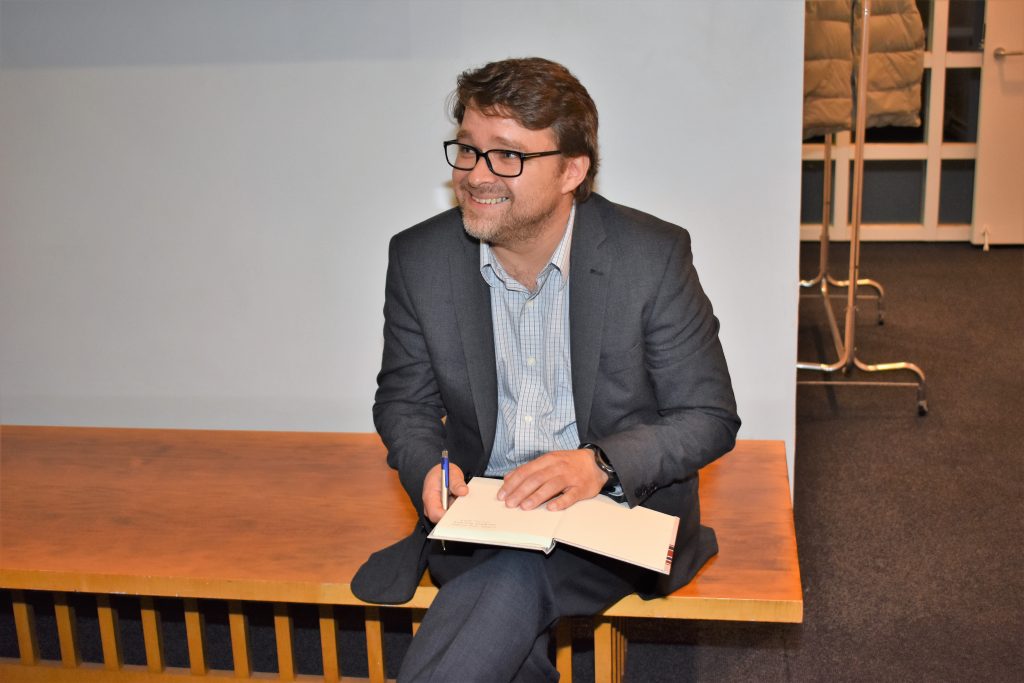 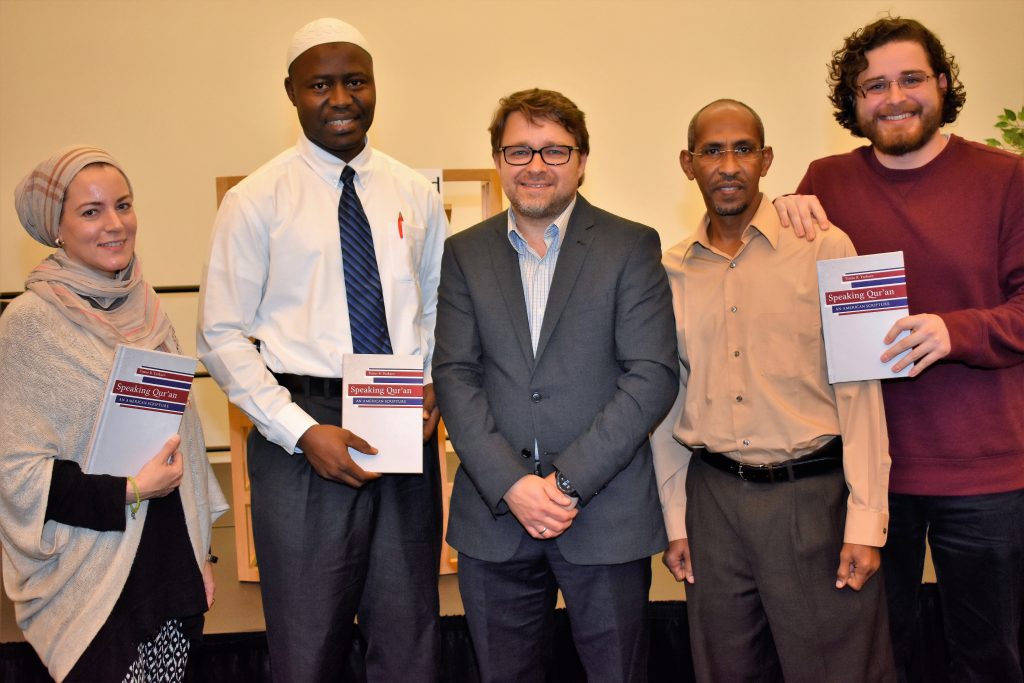