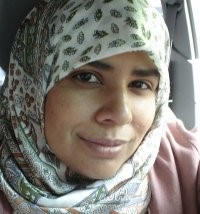 Aida Mansoor, a Hartford Seminary alumna who is actively involved in building relationships among people of different faith traditions, has joined the staff of the Recruitment and Admissions Office. She will assist with new student enrollment, including a focus on Muslim students.

Aida graduated in 2016 with a Master of Arts in Religious Studies with a focus on Islamic Studies and Christian-Muslim Relations. She also has completed the Graduate Certificate in Islamic Chaplaincy.

President Heidi Hadsell announced the appointment earlier this month. “Aida’s extensive background is a wonderful asset to our recruitment efforts,” she said.

Aida has served on several boards including the Connecticut Council for Interreligious Understanding, Hartford Hospital & St. Francis Hospital Pastoral Service Committee, and the Islamic Association of Greater Hartford.  She serves on the Board of the Muslim Coalition of Connecticut and was its President from 2011 to 2016.

A frequent presenter on such topics as “Understanding Islam and Muslims” and “Women in Islam,” Aida also works on a number of projects in the Greater Hartford area involving issues such as domestic violence awareness and Muslim women’s health and wellness. She is the recipient of numerous awards, including the Human Relations Award from the National Conference for Community and Justice, the Public Service Award from the Permanent Commission on the Status of Hartford Women/City of Hartford, and the Celie J. Terry Prize, given to a Hartford Seminary graduating student who demonstrates a commitment to academic achievement and excellence in interfaith community work.