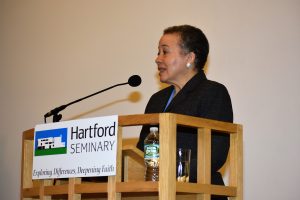 In the middle of a tour to promote the 20th anniversary edition of her bestselling book, Dr. Beverly Daniel Tatum took time out to deliver the Biennial Michael Rion Lecture at Hartford Seminary on Dec. 7, offering a moving account of her time as a student here.

Dr. Tatum connected the decision to write Why Are All the Black Kids Sitting Together in the Cafeteria? And Other Conversations about Race to lessons she learned while getting her Master of Arts in Religious Studies at Hartford Seminary in the 1990s.

“The book is the product of my Hartford Seminary education,” she said, “and four important lessons I learned here.”

Hartford Seminary became part of Dr. Tatum’s life in fall 1993, when she enrolled to “seek a better understanding of the Bible and a way to integrate my work life and my spiritual life.”

Her anti-racism work and her job as a professor of clinical psychology at Mt. Holyoke College was keeping her busy, but she didn’t at the time consider her work a “ministry.”

“Not until I enrolled here did my definition of ‘ministry’ begin to shift.” That was Lesson One.

Lesson Two was learning that contemplation is a “powerful source of action.” Dr. Tatum said she came to understand that “spiritual life does not remove us from the world.” With that in mind, she began to see her commitment to social change and fighting racism as the cornerstone of her ministry, even when that work was difficult and thrust her into a sometimes unwanted spotlight. At the Seminary, she “learned how to invite God into my work.”

Lesson Three, after accepting too many invitations for public presentations, was learning the “power of silence” and participating in silent retreats. It was at that time, in 1995, when a principal called her to ask why all the black kids sat together in his cafeteria. The book and its title came to her, and a good portion of the book was written at another silent retreat at the Wisdom House Retreat and Conference Center in Litchfield.

Lesson Four was learning to listen to that “still, small voice” that led her to be a leading light in anti-racism activism. “We are sorely in need of conversations about race,” she said.

The updated 20th anniversary edition of Why Are All the Black Kids Sitting Together in the Cafeteria? And Other Conversations about Race comes at a “backward period” in this country, she said, but we can still take action and find courage to have conversations that will lead to change.

People tell her, Dr. Tatum said, that they are afraid of making mistakes when talking about race. “If we wait for perfection,” she said, “we will never break the silence.”

The Biennial Michael Rion Lecture, named after a former Seminary president, honors an individual who embodies a dedication to ministry in daily life and is committed to service to others. Dr. Tatum is President Emerita of Spelman College, a nationally recognized authority on racial issues in America and a licensed clinical psychologist. She graduated with an MA in Religious Studies from Hartford Seminary in 2000.

The video of Dr. Tatum’s complete address can be seen here: 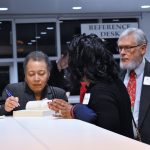 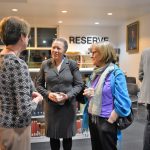 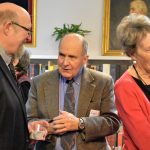 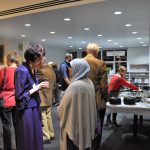 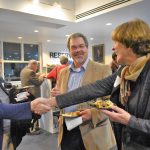 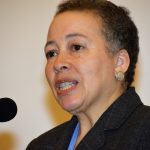 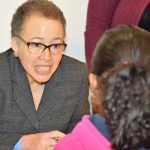 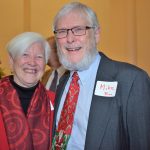 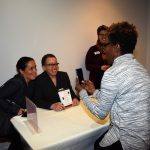