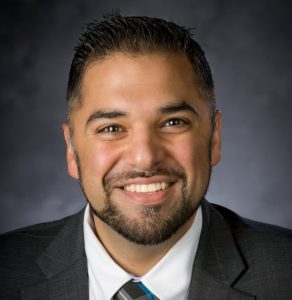 Adeel J. Zeb, a graduate of Hartford Seminary’s Islamic Chaplaincy Program, will receive a 2018 Award for Ethical Leadership from FASPE (Fellowships at Auschwitz for the Study of Professional Ethics).

Chaplain Zeb was a fellow in the FASPE program in 2013. FASPE “challenges future leaders to recognize and confront their ethical responsibilities by analyzing the decisions and actions of Nazi-era professionals. Fellows spend two intensive weeks in Germany and Poland, visiting historical sites and participating in rigorous seminars.”

FASPE will present the award at its annual gala in New York on March 5. “FASPE recognizes Chaplain Zeb for his commitment to the ethical role of clergy within their religious communities and in the larger religious and civic communities.”