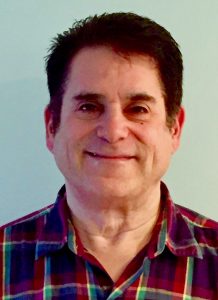 Following the horrific tragedy that took place in Newtown, CT, in 2012, Hartford Seminary Doctor of Ministry student Rabbi Shaul Praver stepped into the national spotlight when he took the stage with President Barack Obama at an interfaith prayer vigil. In front of the nation, he intoned the Hebrew memorial prayer and started himself on the path of speaking out for sane gun regulation.

Now partnered with a literary agent, Rabbi Praver is working on a book called The Newtown Effect.

“It’s bringing a spiritual aspect to the whole thing as far as a respect for life,” he says.

Rabbi Praver describes his time at Hartford Seminary as a “godsend and a great experience” especially in regard to the interfaith curriculum.

“That’s very important for me because there is so much to learn from all the different faiths.”

He names the Rev. Michael Piazza, Hartford Seminary’s Faculty Associate in Congregational Renewal, as a professor who’s left a lasting impression. “He’s a master at building megachurches and turning dying vintage mainline churches around and making them vibrant again.”

Rabbi Praver is currently working on his Doctor of Ministry project at Hartford Seminary. His project involves his prison ministry and is based on the curriculum he wrote in a small book called Spiritual Guidance for the Incarcerated. As one of the two Jewish chaplains in the state, he runs the project at the women’s prison in Niantic and at Garner Correctional Institution.

The project stresses the importance of finding something called “sparks of holiness” in crimes.

Rabbi Praver doesn’t shy away from complex and controversial issues.

“I’ve been doing the prison chaplaincy for five years, so another area I want to jump into is the whole prison reform. So I have two big very popular subjects: firearms in America and hyper incarceration.”

Rabbi Praver also mentions the possibility of tackling another issue.

“The war on drugs is driving incarceration throughout the country. For me these are all spiritual issues because they speak to saving lives and compassion for human beings and fighting the injustice of mass incarceration for people who really don’t belong in jail but just need good medical care. So that should be enough to devote my whole life working on. Those three areas.”