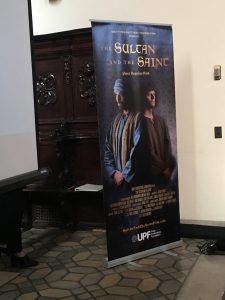 Three organizations — Trinity College, the Muslim Coalition of Connecticut and Hartford Seminary — joined together to sponsor the world premiere on Sunday, April 22, of The Sultan and the Saint, a movie that depicts the historic meeting of Saint Francis of Assisi and the Sultan of Egypt in the 13th century.

The program began at the Trinity Chapel with an introduction by Jawaad Abdul Rahman, Producer and Director of Development for Unity Productions Foundation, which produced the film.

Audience members then viewed the film at Cinestudio on the Trinity campus.

For more information about the film, please visit this link. 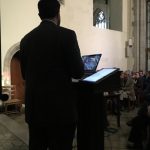 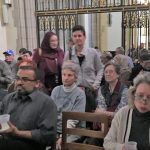 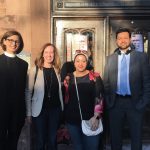