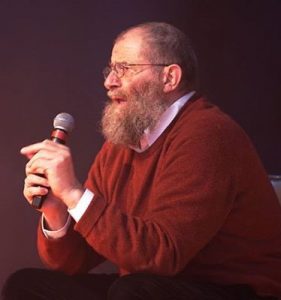 Dr. Yahya Michot, Professor of Islamic Thought and Christian-Muslim Relations and Co-Editor of The Muslim World journal, has announced that he will retire when his term is up at the end of August.

Over the last ten years, Dr. Michot has been an outstanding scholar, a popular teacher and an important part of the Hartford Seminary community.

Dr. Michot came to Hartford Seminary from Oxford (UK), where he taught Islamic theology and Arabic from 1998 to 2008. Previously, from 1983 to 1997, he taught Arabic philosophy, language, history and literature in Louvain (Belgium).

He has published numerous books and articles about Islamic classical thought, drugs in Muslim societies and Islam in the West.

Dr. Michot has served as a consultant to various universities, international organizations and official bodies in the UK. From 1995 to 1998, he was president of the Higher Council of Muslims in Belgium.

He is internationally recognized as a specialist of both the Iranian philosopher Avicenna (d. 1037) and the Syrian theologian-mufti Ibn Taymiyya (d. 1328).