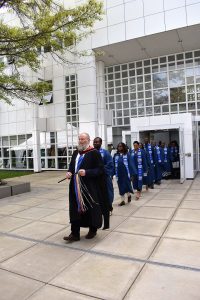 President Heidi Hadsell, presiding over her final graduation before retirement, chose six alumni to address the graduates as they themselves became alumni. She also spoke briefly about her own 18-year tenure at Hartford Seminary.

“This, friends, is the way of institutions. Students come and go; even presidents come and go. Things change in many ways even as the essential continuity and purpose endures.”

Jawad Bayat, who graduated from the Islamic Chaplaincy program in 2015, was the first of the alumni speakers.

He told the audience that he works at the Cleveland Clinic as a Muslim chaplain and Imam and is working to become certified to educate other chaplains of all faiths, one of few Muslims to do so.

Of Hartford Seminary, he said, “the education surpassed my expectations. … The grounding I developed afforded me the courage to walk a path as a pioneer.”

He earned an M.A. in 2014 and a D.Min in 2017, both of which opened doors and allowed him to see people of all faiths “through the prism of God’s loving eyes.”

“It’s difficult to mistreat someone you truly care about,” he said. “There is only one race, and that is the human race.”

Asmaou Diallo, who graduated in 2015 with an M.A. focused on Islamic Studies and Christian-Muslim Relations, involved the audience by dividing them into two groups. One was asked to repeat “Before Hartford Seminary,” and the other “After Hartford Seminary.”

Before Hartford Seminary, she said, she knew very little about Islam and was uncertain of her identity. She also knew “next to nothing” about Judaism or chaplaincy. After Hartford Seminary, she has a grounding in many different religions and went on to pursue Clinical Pastoral Education. She will finish her residency program as a chaplain in the next few weeks.

Hartford Seminary, she said, is a “community of men and women from diverse backgrounds and diverse sexual identities who choose to engage one another respectfully. Respect is the foundation for building relationships that are rooted in trust. As a Hartsem alum, I have the skills, the passion to truly engage the other.”

Hans Harmakaputra, a 2013 M.A. graduate, is pursuing an academic career and is now a Ph.D. student at Boston College. He began his time at Hartford Seminary as an International Peacemaking Program student from Indonesia.

Hartford Seminary, he said, became his “home, pretty much because of the people I met here.”

With Hartford Seminary faculty as role models, he decided to become a scholar and to study different religions.

“People need to be able to speak more than one religious language,” he said.

Anne Rapkin, an M.A. graduate from 2016, said some people had tried to dissuade her from studying at Hartford Seminary, thinking that the courses were more directed toward Christian or Muslim students, not Jews. Some were worried that she might lose her faith.

“They were right about one thing,” she said. “I lost my faith, but faith can have many meanings.”

What she lost, she said, was the sense of being apart from those who did not share a specific way of looking at a specific set of beliefs. What she found was that all faiths “provide access to the holy.”

“It was only by losing my faith that I found my faith,” she said.

Finally, J. Michael Cobb, a cooperative M.Div. student who finished the Hartford Seminary portion of the program in 2015, talked about how Hartford Seminary is ahead of the curve and “attuned to what’s coming next.”

He joked that at Yale Divinity School, where he finished his M.Div., diversity meant “we had some Presbyterians.”

“I was richly blessed by my time here,” he said, turning to the graduates, “You are part of an international community. You are witness to the fact that such understanding is possible. You are living proof that it can be done.”

The winner of the 14th Annual Celie J. Terry Prize, awarded to a student who demonstrates a commitment to academic achievement and excellence in interfaith community work, was Jaye Starr Boz.

And the first annual Preaching Awad, determined at a preaching competition in April, went to Allyson Marie Zacharoff.

The entire ceremony can be viewed below. A link to the gallery of professional photos will be sent to all graduates next week. 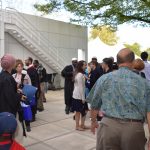 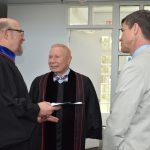 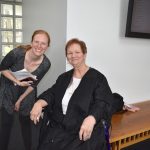 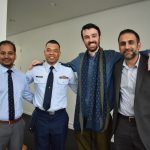 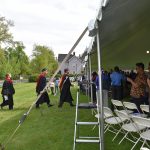 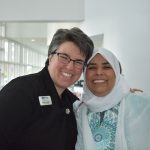 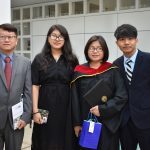 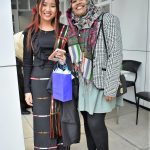 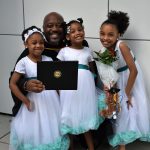 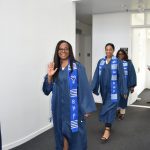 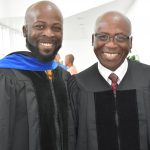 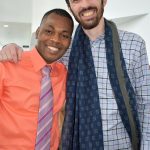 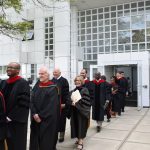 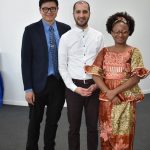 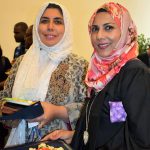 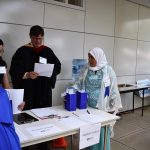