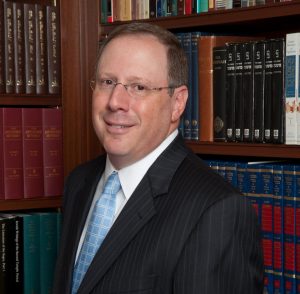 A prominent colleague in theological education was lost on May 5, 2018, with the passing of Rabbi Aaron D. Panken, President of the Hebrew Union College-Jewish Institute of Religion.

Rabbi Panken, 53, died after the small plane he was piloting crashed in the Hudson Valley, about 70 miles north of Manhattan.

According to the New York Times, “Rabbi Panken was elected to serve as the 12th president of the Hebrew Union College-Jewish Institute of Religion in 2013 and was installed the next year.

“He was responsible for leading its four campuses — in Cincinnati, Los Angeles, New York City and Jerusalem — which provide academic and professional training programs in Reform Judaism for rabbis, educators and nonprofit managers, as well as graduate programs for scholars of all faiths.”

“Rabbi Panken was a distinguished rabbi and scholar, dedicated teacher and exemplary leader of the Reform Movement for nearly three decades,” the seminary said in a press release.