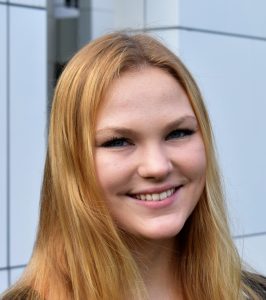 As a final project for “Maidservants of Allah: Women and Gender in Islam,” International Peacemaking Program Fellow Emily Barger made a 15-minute film titled “Just a Woman.”

For the film, Emily interviewed four women who are students at Hartford Seminary. They are from Lebanon, Turkey, Saudi Arabia and the United States.

She asked them various questions, including:

Watch the complete film below: