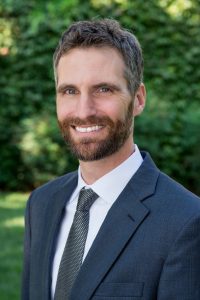 Hartford Seminary’s new President, Dr. Joel N. Lohr, began his tenure this week with a goal of raising the profile of the seminary and implementing its unique mission.

“I’m delighted to join such a vibrant, esteemed and historic institution. Founded in 1834, Hartford Seminary has led the nation in religious graduate education. It was the first seminary in the country to admit female students, the first to have an accredited Islamic Chaplaincy program, and the first to establish a center for the study of Islam and Muslim-Christian Relations. My hope is to build upon its immense and distinctive strengths, bring attention to its brilliant faculty, and continue to blaze a path forward, pushing boundaries while we stay true to our mission of exploring differences and deepening faith.”

President Lohr is an award-winning author, scholar, and passionate leader in interreligious relations and higher education. Before his appointment at Hartford Seminary, he was Dean of Religious Life at University of the Pacific in Stockton, Calif., where he held academic appointments in the School of Education and the Department of Religious Studies.

A committee of the Board of Trustees began the process of looking for a new president last summer. Trustee James K. Robertson Jr. led the search.

“We were fortunate to receive applications from many very highly qualified candidates from around the world and particularly fortunate to attract the interest of such an extraordinary person as Dr. Lohr,” Robertson said. “Hartford Seminary is a unique and vibrant institution, and Dr. Lohr is the right person to lead us forward.”

Dr. Heidi Hadsell, who was President of Hartford Seminary for 18 years, raised the local, national and international profile of Hartford Seminary, which has long been viewed as a leader in the critical area of interfaith relations. She led the Seminary through the rise of Islamophobia after 9/11 and the economic downturn of the late 2000s. Increasing student enrollment was a hallmark of her tenure.

President Lohr hopes to build on those accomplishments.

“The seminary is indeed a special place, with strengths that are second to none when it comes to interreligious relations and dialogue. But there is still work to do to share our story with our local community, nationally and the world. What we are doing—learning together in a robust academic environment with and from each other as people of different religious traditions—is powerful, restorative and transformative. The bridges we are building and the reconciliation we experience have so much value for an increasingly fragmented and polarized world. My hope is for Hartford Seminary to share what it has learned to bless and help heal the world.”

President Lohr is an accomplished scholar and teacher who will join Hartford Seminary’s faculty as Professor of Bible and Interreligious Dialogue. His research has focused on the Bible, specifically the Torah/Pentateuch, as well as Jewish-Christian relations and dialogue, Abrahamic faith dialogue, and Intercultural Competence, Diversity, and Leadership in Higher Education. He has published ten books, both academic and popular. His first monograph, Chosen and Unchosen: Conceptions of Election in the Pentateuch and Jewish-Christian Interpretation, was awarded the R.B.Y. Scott Award by the Canadian Society of Biblical Studies for “outstanding book in the areas of Hebrew Bible and/or the Ancient Near East.” All of his publications, both technical and popular, tie into his love and passion for dialogue.