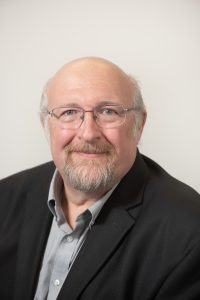 Hartford Seminary has received a grant of $999,790 to help establish a program called Thriving in Poor Soil: Creating a Pastoral Innovation Network of New England Clergy. It is part of Lilly Endowment Inc.’s Thriving in Ministry, an initiative that supports a variety of religious organizations across the nation as they create or strengthen programs that help pastors build relationships with experienced clergy who can serve as mentors and guide them through key leadership challenges in congregational ministry.

Lilly Endowment is making nearly $70 million in grants through the Thriving in Ministry initiative.

Hartford Seminary’s program directly addresses the increasingly barren and infertile soil for congregations in New England by building a network of highly creative and entrepreneurial clergy nominated from across the region’s Mainline judicatories.

The grant will bring these clergy together for regular gatherings, mentoring sessions and virtual communications. The first cohort will meet for 2 ½ years and then serve as mentors for the second cohort. The ultimate goal is to develop an ongoing initiative that will foster and sustain clergy innovation and creativity as well as developing mentors for other regional clergy.

Hartford Seminary Professor Scott Thumma, who made the proposal, said: “New England’s congregations need original approaches tailored to the region’s unique challenges in order to thrive. We hope these innovation incubator gatherings not only help clergy thrive in their ministries but also create new strategies for revitalization that will spread out to all New England religious leaders and their congregations.”

Hartford Seminary is one of 78 organizations located in 29 states that is taking part in the initiative. The organizations reflect diverse Christian traditions: mainline and evangelical Protestant, Roman Catholic and Orthodox.

“Leading a congregation today is multi-faceted and exceptionally demanding,” said Christopher L. Coble, Lilly Endowment’s vice president for religion. “When pastors have opportunities to build meaningful relationships with experienced colleagues, they are able to negotiate the challenges of ministry and their leadership thrives. These promising programs, including Hartford Seminary’s Thriving in Poor Soil program, will help pastors develop these kinds of relationships, especially when they are in the midst of significant professional transitions.”

Lilly Endowment Inc. is an Indianapolis-based private philanthropic foundation created in 1937 by three members of the Lilly family – J.K. Lilly Sr. and sons Eli and J.K. Jr. – through gifts of stock in their pharmaceutical business, Eli Lilly & Company. While those gifts remain the financial bedrock of the Endowment, the Endowment is a separate entity from the company, with a distinct governing board, staff and location. In keeping with the founders’ wishes, the Endowment supports the causes of community development, education and religion. The Endowment maintains a special commitment to its hometown, Indianapolis, and its home state Indiana. Its grantmaking in religion focuses on supporting efforts to strengthen the leadership and vitality of Christian congregations throughout the country and to increase the public’s understanding of the role of religion in public life.