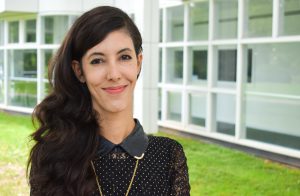 The six students in our 2018-19 class of International Peacemaking Program fellows will spend a year at Hartford Seminary studying mediation, interfaith dialogue and public speaking while earning a Graduate Certificate.

We asked each of them to answer the same set of questions.

Q. Briefly tell us about your educational background.

A. I have a B.A. in English Language, Literature and Civilization from the Higher
Institute of Languages in Tunis and a Master’s Degree in English Civilization with a focus on
American Studies from the University of Manouba. My M.A. thesis was on Obama’s Healthcare
Reform. In 2015, I went to SIT Graduate Institute in Brattelboro, VT, as a Fulbright
Foreign Language Teaching Assistant. For a year, I taught Arabic and took classes in
peace-building and conflict transformation, post-conflict development, youth leadership program
design, politics of English and initiatives of peace-building. In 2017, I participated in the
CONTACT program at SIT Graduate Institute during which I took Negotiation, Mediation and
Dialogue class, Monitoring and Evaluation, and attended workshops with Musicians Without
Borders.

Q. How did you learn about Hartford Seminary International Peacemaking Program?

A. Last year I was applying for Ph.D. programs related to peace-building, however I was not able to get into one. The Rev. Roger Brown has been a good friend and a father figure for me since we first met at SIT Graduate Institute. When he learned about the program [IPP] during a conference he encouraged me to apply, knowing my background in peace-building and conflict transformation and the assistance I provided previously to an interfaith youth leadership program in the U.S, as well as my commitment to cross-cultural understanding and interfaith dialogue.

Q. Why are you interested in learning about peacemaking?

A. Although I already have a background in peace studies I believe learning about peacemaking is a
continuous process, and there is always something new to learn and to teach. Furthermore, I was
actually interested in delving deeper into interfaith peacemaking and learning more about
theological debates and the history of religions, and the IPP was the best opportunity I
could ever ask for to attain my learning objectives.

Q. How do you hope to use your skills after a year of training as a peacemaker?

A. As someone who feels deeply committed to contributing to peace in the world and in my
community, I hope to use the skills I will learn in improving my peace-building practices and also
to be able to use those skills in an interfaith context. Academically and professionally, my goal has
been to pursue Ph.D. studies and to be a peace-building practitioner. So the more I learn the more I
have to offer to others while pursuing my goals and dreams.

Q. Tell us a little about your home country and the interreligious conflict it faces.

A. Tunisia is the Northernmost country in Africa. Most people do not actually realize that its ancient name
Ifriqiya is what gave the African continent its name. Also a fun fact that I always like to share is that one of the fictional planets in the Star Wars movies was derived from a Tunisian city called
Tataouine. Tunisia was the site for filming many Star Wars scenes. The history of the country is that of
a crossroads for different civilizations. In 2011, Tunisia came under international spotlight with
the revolution which was the catalyst for what came to be known as the Arab Spring.

Generally speaking it is perceived as a homogenous society with majority Muslims and Jewish/Christian minorities and different other small religious groups. During the Democratization
period, which is still in process, the country faced a resurgence of radicalization that led in some
instances to attacks on the state manifested in the military and police, religious minorities (cemeteries and properties), Sufi shrines and even random citizens. The political and ideological debate over the place of religion in politics has been a continuous debate in the country’s socio-political arena. Tunisia is not currently suffering from a violent conflict, but it is in a state of fragile stability which needs constant dialogue and conflict transformation initiatives to successfully stabilize the country’s Democratization.

Q. Give us a quick description of your home life and any interesting facts
about yourself!

I grew up in a city called Monastir, which is still my favorite city in the whole world. I used to
ride my bike by the ocean to school and back from school. When I was twelve, my family
moved to Beja in the North. So I lived in a very disadvantaged area for the following years. My
family still lives there. I went to universities in the capital. I have two brothers and no sisters and
I am the middle child. I also grew up among sewing machines since my mom is a seamstress,
which meant that I had few unfortunate incidents with needles, irons and electricity in general. I
can sew and come up with designs for clothes that my mother executes very well. I like creating
things, so I make crafts, earrings and necklaces. I taught Drama in English back home for
some time and facilitated Drama for Social Change workshops. I like singing, but I am not sure
how good my voice is. I like organizing cross-cultural activities, which is why I am looking forward to organizing a Calligraphy workshop for my colleagues at Hartford Seminary. I also like cooking Tunisian food for people, especially couscous, which is the main national dish in my country. So I am looking forward to cooking for my friends at Hartford seminary. I love spicy food, so I like Harissa, which is a famous Tunisian spicy chili paste. I have tried many things like climbing, ropes courses, jumping in the
Connecticut River, which was my first time ever to swim in a river, kayaking, snow tubing, ice
skating, and traveling and teaching in Turkey, Poland and the U.S. I also like translation
(Arabic/English/French). I translated three Peace Education books.