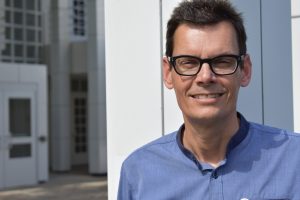 The Rev. Louis Laurens Botha Gaum, a 2017-18 International Peacemaking Fellow at Hartford Seminary, was one of a group of Dutch Reformed Church clergy and members who won a high-profile case last week against the church’s policy on same-sex marriages.

The Rev. Gaum, his father Dr. Frits Gaum, and eight members of the Dutch Reformed Church sued in the High Court in Pretoria to have the church’s 2016 decision rejecting same-sex marriage set aside.

The court said the church’s policy against same-sex marriage was “unlawful and invalid.” It also allows members of the church who are in same-sex relationships to become ministers.

For more information on the decision, visit this site.