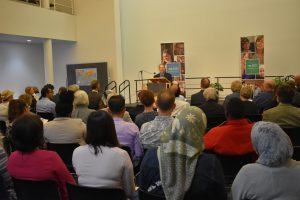 Hartford Seminary soared into its 186th year during a Convocation that featured a rousing gospel song from Kymberli Joye, a finalist on Season 15 of The Voice and daughter of Bishop Victor Rush ’18.

Kymberli Joye then sang an a capella version of Total Praise by Richard Smallwood, filling the three-story Meeting Room with her beautiful voice.

Liza Arulampalam led a responsive reading based on Matthew 5: 3-16. Professor Deena Grant read from the Torah, and student Enas Ghassal recited from the Holy Qur’an.

President Joel N. Lohr, who is entering his second year, told new students in attendance that they belonged at Hartford Seminary and were sorely needed in the world as peacemakers and peace leaders. He also said he hoped they would grow in their relationship with God and in their faith during their time at Hartford Seminary.

The full Convocation can be viewed here: 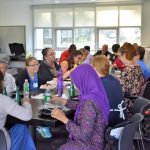 New students dine together at Orientation 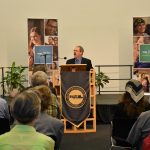 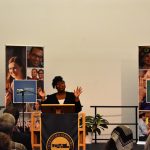 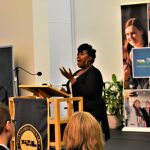 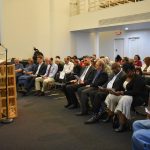 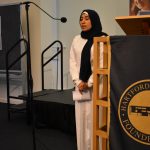 Enas Ghassal recites from the Qur’an 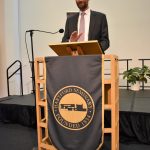 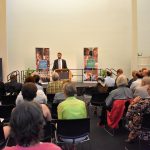 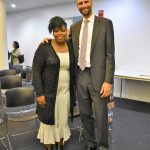