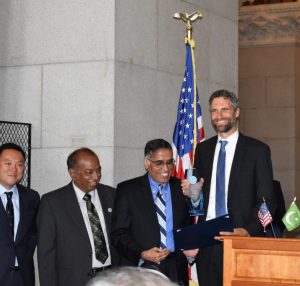 The Pakistani American Association of Connecticut honored President Joel N. Lohr with its Interfaith Harmony Award at a ceremony held on August 14 at the State Capitol in Hartford.

The organization gave out a number of awards while also recognizing the 73rd Pakistan Independence Day. Sohair Omar, who served as master of ceremonies, said it was a chance to celebrate the contributions of Pakistani immigrants to America as well as to recognize those who work with the Pakistani community for the common good.

In addition to several hundred members of the Pakistani American community, the ceremony was attended by Lieutenant Governor Susan Bysiewicz, Attorney General William Tong, Secretary of the State Denise Merrill, Consul General of Pakistan Ayesha Ali, and State Sen. Saud Anwar, along with a number of other legislators, mayors, town officials, and dignitaries.

A citation read before President Lohr received the Interfaith Harmony Award recognized Hartford Seminary as a place that “draws Christian, Muslim and Jewish students from around the world” and was “the first seminary in America to admit female students, the first to have an accredited Islamic Chaplaincy Program, and the first to start a center for the study of Christian-Muslim Relations.”

Upon accepting the award, President Lohr expressed his thanks and said he joined with the Pakistani-American community to celebrate Pakistan’s Independence Day.

“We are blessed to live in a country that has enshrined freedom in its foundational documents, and is one where — when we are our best — welcomes the beautiful diversity that comes from people around the world through immigration.”

He also spoke about how Hartford Seminary approaches its interfaith work.

“Sometimes people ask me, ‘What is the best way to do interfaith work?’ Or, they might ask, ‘How do we really help different people come to know, respect, and love one another?’ The more I do this work, the more I think the answer is found not in platitudes, or grandiose programs, but instead through small and simple acts of listening to our neighbors, taking our neighbors seriously. I’ve learned it’s best always to assume that the person across from me is someone from whom I can learn.”

“You have blessed my life, and shown me kindness as if I am part of your family. Thank you.” 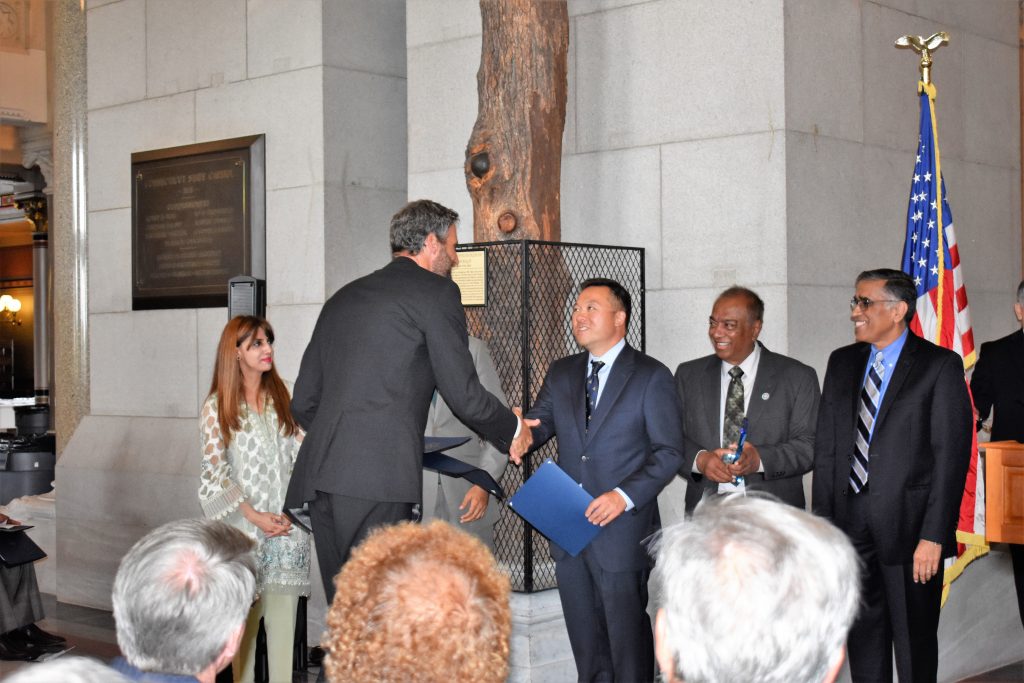