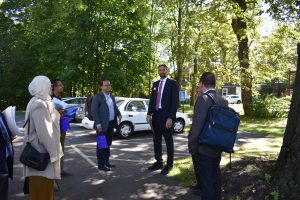 Delegates from the Islamic Science University of Malaysia (USIM) visited Hartford on Sept. 19 to re-establish a connection made when a Hartford Seminary delegation visited Malaysia in 2016.

During the 2016 trip, President Emeritus Heidi Hadsell, along with several faculty members and Trustees, visited USIM and spoke about possible connections between the two institutions. USIM has about 12,000 students, half of whom study Islam.

This week, Hartford Seminary received four delegates from USIM as well as Shamsul Azha Md Yusuf, the Director of Education Malaysia. That organization, based in Washington, D.C., helps to guide Malaysian students studying in the U.S. and makes connections between higher education institutions in the U.S. and Malaysia.

The delegation met with President Joel N. Lohr and Interim Academic Dean David D. Grafton, then had lunch with faculty members and Trustees. 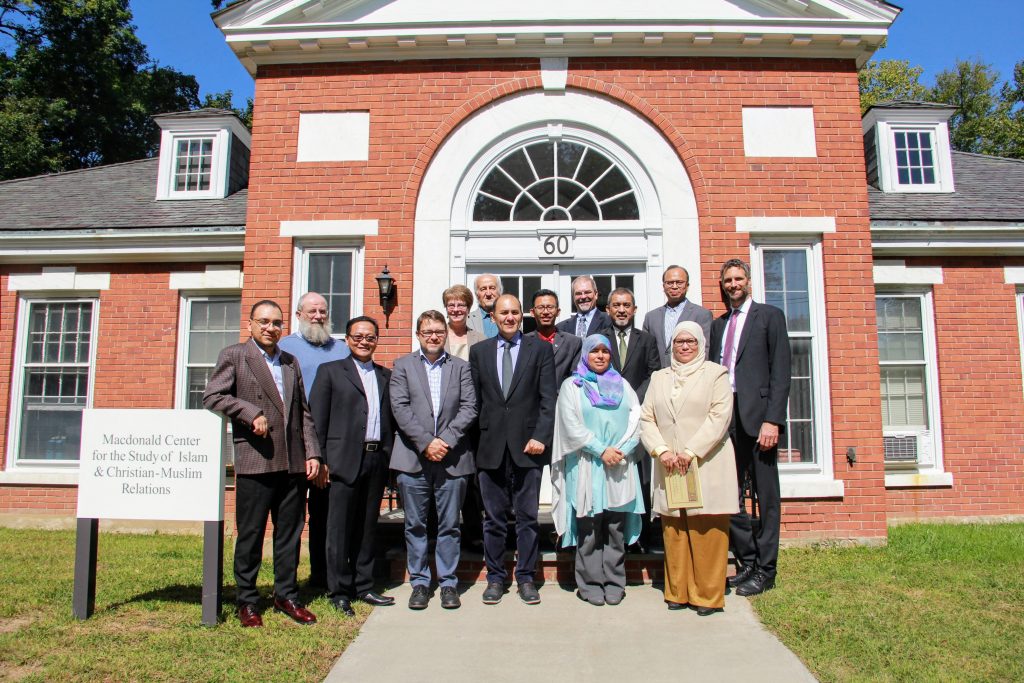 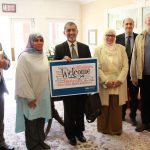 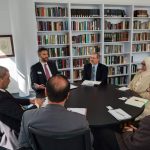 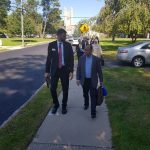