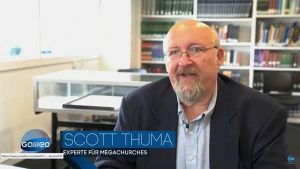 The show’s crew came to Hartford Seminary and filmed Professor Thumma, who is an expert on megachurches, in the seminary’s library.

Professor Thumma was asked a variety of questions, including:

To see the full program, which is in German, visit this link.