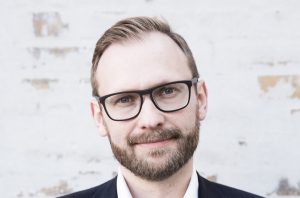 Dr. Niels Valdemar Vinding, a visiting research scholar from Denmark, led a recent seminar on “Institutions of American Islam” with Danish and U.S. colleagues talking about their experiences and research findings within Muslim chaplaincy.

Dr. Vinding has spent time researching and comparing Muslim chaplaincy around Europe and the United States, specifically between Hartford Seminary and University of Copenhagen. He is exploring Islamic leadership programs in hopes to bring new influence and training to the growing demand for Muslim chaplaincy in Europe.

The opening remarks were given by Dr. Vinding and Brian Arly Jacobsen on behalf of the University of Copenhagen.

Dr. Vinding will be heading back to the Netherlands at the end of 2019.