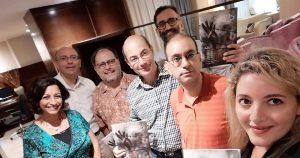 Between Oct. 29 and Nov. 3, 2019, Professor Najib George Awad participated in the conference “Toward Inclusive Societies in the Middle East,” which took place in Cyprus. Professor Awad read a paper on the minorities and the policy of “minoritization” in the context of Syria.

During his participation in the conference, Professor Awad also participated in the launching of Issue Zero of the theological magazine TELOS, which he co-created with other three academics from Lebanon who work in Canada and Germany.

TELOS Magazine seeks to disseminate a critical and bold Christian theological thought with the aim of opening a dialogue on the link between faith and human affairs and societies, including nature, politics, economics, education, science, and other issues including but not limited to: wars and violence, women’s rights, freedom and authority, poverty and social justice, human rights, Liberation Theology, sex education, the ethics of science (e.g. Life Sciences, Artificial Intelligence),  Christianity and modernity, Christianity and culture, Christian-Christian relations, and interfaith dialogue.

The magazine is non-academic and it seeks to disseminate intellectual, non-scholarly texts to a lay audience. It is an electronic platform and it welcomes contributions no longer than 2000 words. Please visit the magazine’s online webpage to read it, communicate with its editorial board, and contribute to it:  www.telosmagazine.org 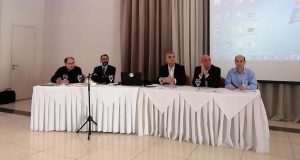