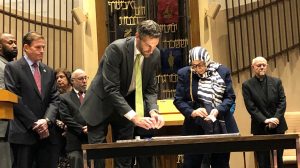 “What kind of world do we live in if our places of prayer—especially synagogues and mosques—are the ones that need the most security?”

President Joel N. Lohr posed this question to the hundreds gathered on Monday, Dec. 30, in the sanctuary of West Hartford’s Beth El Temple as the synagogue hosted “A Community Rally against Hate: Standing Together against Antisemitism.”

He was among a dozen speakers, including U.S. Sen. Richard Blumenthal and Lt. Gov. Susan Bysiewicz, who condemned the attacks at a Hanukkah celebration in Monsey, N.J., on Saturday night, as well as a string of other attacks in New York City and the New Jersey Kosher Market shootings on Dec. 10. Visitors to the synagogue were greeted with a heavy police presence and bags were searched, but the atmosphere was one of community determination to counter the attacks with interfaith unity and understanding. 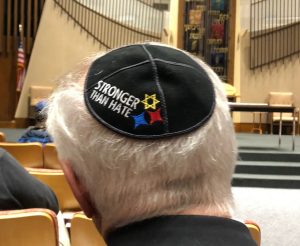 antisemitism. Our history is almost entirely wrapped up in what religious scholars call supersessionism—think ‘replacement theology’—of the Jewish people. … few lay Christians today seem to understand that was happened in Nazi Germany is in fact part of our Christian history, something that is intrinsically linked to our own story as Christians.”

Understanding this link is key to stemming the tide of killing and hatred against Jews, he said.

“To my dear Jewish friends and the larger Jewish community here today, I offer these words. As the President of Hartford Seminary, and personally as a Christian, I commit to doing everything in my power to stand with you to fight antisemitism and to use education to bring peace and hope to our fractured families, and world. I cannot undo the past. But I can try to influence the future. Please pray for me, as I pray for you.”

David Waren, President and CEO of the Jewish Federation of Greater Hartford, made a statement at the rally’s opening that echoed throughout the evening.

Several government officials who spoke at the rally mentioned additional federal and state funds that have been or could be appropriated to help places of worship add security. But State Sen. Saud Anwar, a Hartford Seminary corporator and Muslim community leader, said we should not accept these attacks on any faith community as “the new normal.”

“The status quo is unacceptable and should be unacceptable to each and every one of us,” he said. “We will not let someone else define how we pray and how we celebrate. We are one family. We will stand united.”

Additional coverage of the event can be found at these link: 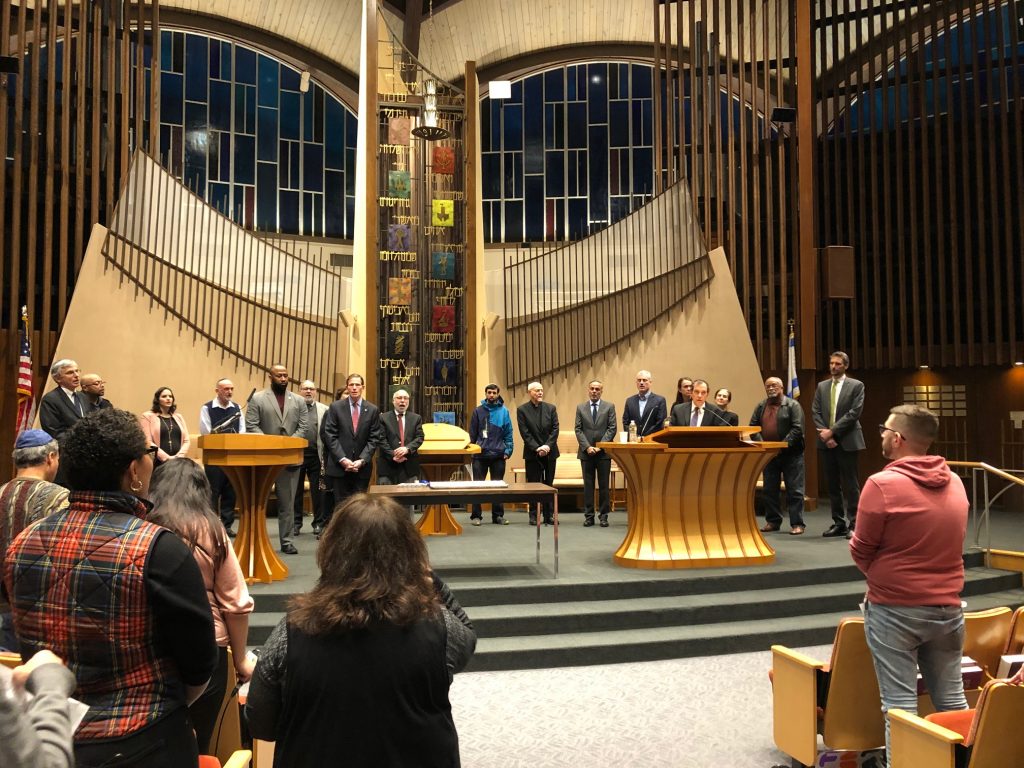