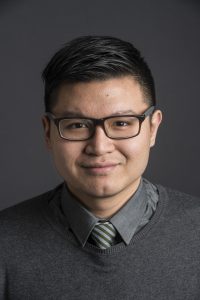 Hartford Seminary welcomes the return of Dr. Hans Harmakaputra as Visiting Assistant Professor in Comparative Theology and Muslim-Christian Relations through The Louisville Institute’s post-doctoral program. He will start July 1.

Dr. Harmakaputra’s anticipated arrival will bring him full circle as he earned his M.A. in Christian-Muslim Relations from Hartford Seminary in 2013.

Born and raised in Indonesia as a Chinese-Indonesian Christian, he experienced both religious and cultural diversity that shaped his understanding of the intersection between faith, religion, and politics. Earning his theological degree from Jakarta Theological Seminary in 2010, he then traveled to the United States to study at Hartford Seminary to learn more about interreligious relations and peacebuilding. He developed his interest in Islam and Muslim communities at Hartford Seminary both from inside and outside the classroom and obtained an M.A. in Islamic studies and Christian-Muslim Relations in 2013. His next step was to enter the Ph.D. program in Comparative Theology at Boston College.

Dr. Harmakaputra has authored many articles and book chapters, both in English and Bahasa Indonesia, on topics related to his research interests. His newest article, appearing soon in The Muslim World, is titled, “Say ‘No’ to Christmas? An Analysis of the Islamic Fatwa on the Prohibition of Wearing Non-Muslim’s Attributes in Indonesia.”

Professor David D. Grafton expressed his gratitude for the joint effort of both The Louisville Institute and Hartford Seminary in bringing Dr. Harmakaputra to Hartford:

“We are grateful that we can welcome another Louisville Postdoc this summer,” Dr. Grafton said. “We are excited about his return to Hartford Seminary as Hans knows full well and lives out the mission of Hartford Seminary. Dr. Harmakaputra will be an important contributor to our common work over the next two years. “

Welcome back to HartSem, Hans!